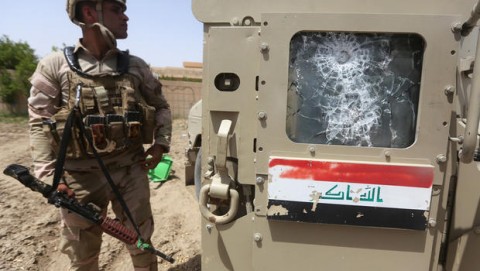 BALTIMORE, MD (AFRICAN EXAMINER) – Iraqi troops are progressing at the start of a large-scale operation to retake Mosul – the last major stronghold of the so-called Islamic State (IS) in the Middle East country.

The troops and Kurdish fighters launched their push towards the city in the early hours of Monday.
Mosul, the second-largest city in Iraq, was sized by IS in June 2014.

The Kurds seized several villages in the first few hours of the operation.

As the assault began, one Kurdish general was quoted as saying: “If I am killed today I will die happy because I have done something for my people.”

Meanwhile, UN has expressed concern on the likelihood that civilians might be caught up in the offensive, which could last for several months.