Is Retirement Throwing Someone Overboard to Swim or Sink? 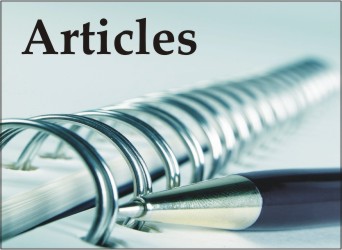 Lagos, Oct. 17, 2017 (NAN) The day was Saturday, October 14, 2017. I had just returned from a two and half hour routine physical exercise and trying to stretch from the aftermath of the exercise, I received the devastating news of the demise of a friend and former colleague, Mr Ewedapo Akintunde.

“Ewe”, “Baba Ewe” as he was fondly called by former colleagues and I. We had a pleasant relationship as we sat side by side in the Lagos Newsroom of the News Agency of Nigeria (NAN) before he retired from active service as an Assistant Editor-In-Chief at the age of 60.

Ewe retired on Nov. 9, 2016 and took ill few months after. He was later admitted to the Lagos University Teaching Hospital (LUTH), Idi-Araba, for an undisclosed ailment.

While on admission, it became somewhat difficult for him to pay for his medical treatment having exhausted his savings on the ailment without any improvement.

When he was scheduled for a surgery, his family members, friends and former colleagues resorted to donations, but the amount collected did not suffice to pay the N800,000 required for the operation.

In all of these, my friend had yet to receive his gratuity and other retirement benefits which would have gone a long way to ease his burden and pains.

Though death is inevitable for every living being, but perhaps, if my friend had been paid his retirement benefits, it would have gone a long way to pay for his treatment.

Money would not have been an impediment to his accessing quality healthcare. Insufficiency of funds makes it impossible for anybody to undergo that needed operation.

He kept appealing to everyone that he must have come in contact with during his dying moment for assistance. What a mockery for a man who had worked diligently to serve his fatherland without receiving his retirement benefits to die this way.

This woeful tale of Ewe is just one of the many stories of the ordeals pensioners undergo in Nigeria. The public is conversant with stories of pensioners dying while queuing for verification. Many have also died years after retirement without being paid their benefits.

As sad as his demise may be, Ewe left a great and memorable legacy as he made positive impacts on the lives of people that worked with him.

I will always remember him for being so thorough and his mastery of sports jargons which he made me to learn quickly from him on deployment to the sports desk.

Ewe the “the train reporter for NAN” will each day in the office bore me with happenings in the train as he had a passion for reporting train ride.

Yunus Yusuf, a NAN Correspondent said of him: “What a sad news to start a lovely weekend. It’s really unbelievable that we lost a brother, boss, teacher and jolly good fellow.

“What tragedy! Barely 11 months after retirement having served diligently. Indeed we have lost an icon, may the good Lord grant him eternal rest. Rest in Peace, Ewe.”

Another colleague, Sandra Umeh said: “What a world of paradox we live in; enjoyable, yet filled with so much pains and mystery.

“Oh! Who would have thought that your retirement from service would be bidding a final farewell to us all here under???

“Hmm! Uwa nka dikwa egwu…. Chukwuma ihe nile…. Literally, it means that the world is a strange place but that God knows about everything.

For Vivian Ihechu, the news of Ewe’s death hit her like a thunderbolt, especially as she had “inherited” his work station.

She described Ewe as an amiable, easy-going and humble but bold, dogged and diligent man.

“Baba Ewe would always come from behind to make one or two inputs into my story as I worked on the computer.

“He was knowledgeable and I also remember him for knowing the health benefits and diverse uses of different herbs; it is sad to hear he died like this without even getting his gratuity. The little he even had, he had spent on medicare.”

Ihechu, however, appealed to the government to look into the issues of pension and gratuity of pensioners.

For Chilee Agunanna, a reporter, he said: “This man took the train to work every day and not even one year into his retirement, he is dead without even getting his pension benefits. It’s really sad, he was good to me.”

Also, Dr Acho Orabuchi, in his book – Views from America: A Sojourner’s Memoirs – A Repertoire of Actions for Nigeria’s Development – noted that “pension issue touches virtually every family in Nigeria.

He explains that there are recurring personal horror stories in almost every family in Nigeria concerning the adverse effects of non-payment of pension benefits.

“Indeed, while workers in the U.S. eagerly look forward to retirement with the assurance that their monthly retirement income will always be there throughout their life, the same may not be in some countries, particularly in the less developed countries where the culture of corruption has permeated the fabrics of the society.

“In such corrupt countries, pension funds have become easy fodder for embezzlement but the fear of retiring with the accompanying uncertainties of income and perhaps life is real.

“The abject poverty associated with retirement is strongly reverberating among the retirees in Nigeria.

“Yes, it is deeply unnerving that retirement after working in Nigeria is like throwing someone overboard to swim or sink. And for the most part, the retirees sink in poverty and death.

“It is rather a national disgrace that retirement is like sentencing retirees to life imprisonment in abject poverty for their eventual death without dignity”.

Orabuchi, however, added that pension benefits are as certain as death because the retirees’ livelihood and dignity of life depend on the steady monthly flow of the pension benefits.

According to him, the significance of ensuring that payments of benefits to pensioners are enormous, both at the micro and macro levels, the steady flow of pension benefits is seemingly salient.

The author said that any potential failure in pension system in the U.S. was quickly corrected, saying that the pension plans were designed not to fail.

Orabuchi, also said that pension benefit in the U.S. is like a sacred promise to a retiree who expected without equivocation to receive his regular monthly benefit for the rest of his or her life.

“So, while payment of pension benefits to the retirees in the U.S. is generally certain, Nigerian pensioners at all levels are literally left in the wilderness to fend for themselves.

“In other words, retirement in Nigeria is like being sentenced to slowly die in a scourging shallow lagoon of abject poverty. Fascinatingly, the Nigerian pension schemes are similar to American programs in some aspects.

“While Contributory Pension Scheme (CPS) is similar to what is generally obtainable with the pension plan in American businesses, Nigeria’s Defined Benefit Scheme (DBS) lurks perfectly behind the retirement system in various governments and other public agencies.

The much talk of delays in retirement benefits for pensioners is a serious concern for the working class and needs urgent attention to forestall such devastating occurrence.

It therefore for the government to install a system of pensions payment such that the retiree begins to enjoy the benefits of his many years of labour immediately he retires and not to be left to die in penury. (NAN)