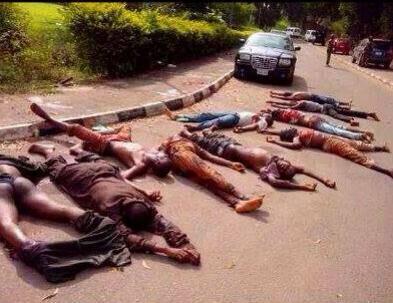 The Coalition Against Corrupt Leaders (CACOL) has condemned in its entirety, the killing of 21 Boko Haram suspects in the custody of the State Security Services (SSS) in the Sunday jailbreak attempt. 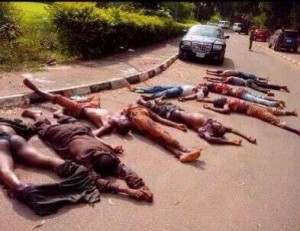 It was reported that trouble started Sunday morning when one of the suspects in the SSS custody, believed to be a Boko Haram member, overpowered an operative who was in his cell to deliver food to him.

The suspect was said to have shot the operative with a rifle and went ahead to release his co-suspects.

The incident led to a gun battle between the suspects and the SSS operatives.

It was learnt that in the process, 21 suspects believed to be Boko Haram members, were killed while about 20 were re-arrested.

In a statement to African Examiner, the Executive Chairman, CACOL, Comrade Debo Adeniran, berated the SSS for the mass killing of the suspects and called for quick investigation into the incident.

He said, “It baffles every right-thinking Nigerian why it was difficult for the men of the SSS to subdue only the one that disarmed their man. If the gun seized by the suspect contained 90 rounds of ammunitions, why shooting for a prolonged time?

The earlier story was that they were in handcuffs, how did the only one able to lose his mates? How did detainees have the opportunity to engage the SSS operatives for such long hour? How many guns did they have access to, to have given them the chance to engage the SSS men? These and many more are questions begging for answers from our secret police.

“It is worthy to note that this is not the first time such would happen and that presupposes what happened in places where security agencies claimed that they had confrontations with Boko Haram elements and killed them in droves.

“As a matter, it gives some insight into how their leader was killed initially and that could have been what had been replicating itself by the security agencies each time they maul down the members of the sect.

“Killing 21 people extra-judicially should be frowned at. The sanctity of life cannot be over-emphasized. It is not enough for the SSS to come up with cock and bull stories to bamboozle Nigerians, the fact must be laid bare.

“It is a good thing that the SSS Spokesperson, Ms. Marilyn Ogar, claimed they have started investigation into the incident; the report of the incident must be made public. Nigerians want to know how 21 suspects got killed in a confrontation that had only one suspect overpowering an SSS official and there was only one gun to the advantage of the detainees,” Adeniran said.