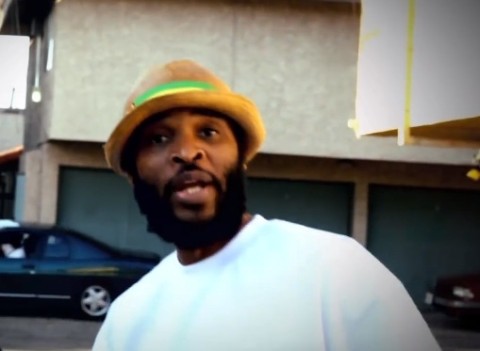 Earlier this week, rapper Andre “Christ Bearer” Johnson – who belonged to the group Northstar and worked with members of the Wu-Tang Clan – made headlines after reportedly cutting off his penis and jumping from a building in an apparent suicide attempt. An attempt to reattach Johnson’s penis reportedly failed. But if anyone can relate to this kind of trauma, it is John Wayne Bobbitt.

In 1993, Bobbitt became something of an international sensation after his frustrated wife Lorena grabbed a kitchen knife and sliced off his manhood. While he lay bleeding and wailing on the bed, she tossed his prized possession out into the fields of Virginia. She later caught up with reality and called 911. The former Marine, then 26, then underwent a successful reattachment surgery.

“You have got to get lucky. And it’s about the doctors and it’s about time. You only have a certain amount of time to get the tissue to the doctors to reassess and get you to surgery to reattach you, and for it to work, because as the tissue starts to decompose the less likely it will survive the operation,” Bobbitt told FOX411. “Mine was in the early morning, it was still cool, so initially with mine I put it on ice… [With the rapper] it probably didn’t work because it was hot outside and you only have a couple of hours. The warmer it is the less time you have.”

But beyond the physical, nothing could have prepared Bobbitt for the mental struggles that he would endure.

“It’s a traumatic experience, it hits you not only physically but also seriously mentally, and it definitely [causes] deep emotional pain and depression,” he said.

So with reattachment efforts for Johnson a reported failure, where does this leave the rapper?

“This can be a very tricky surgery, so depending on how he cut it, it may be very difficult to reattach,” California-based medical expert, Dr. Damon Raskin said. “The doctors would have to put a drain in his kidneys called a nephrostomy tube so that he could get rid of urine in the case that there is absolutely no penis left. Of course, he could not have intercourse again.”

TMZ first reported that attempts to surgically reattach his genitals at L.A. hospital Cedars-Sinai were unsuccessful.

Dr. Shilpi Agarwal told us she was not surprised that the surgery reportedly didn’t have a positive outcome.

“Although there have been remarkable advancements in urological and reconstructive surgery, several variables can make reattachment and reconstruction very challenging for the surgeon. When this type of trauma occurs, arteries, veins, nerves, and tissue is often severely damaged,” she added. “Physically the genital area can be reconstructed in some cases, or a procedure can be done to sew the remaining stump. What many people don’t realize however, is that, in addition to a sexual organ, urination can also be affected and he may require additional surgery for the urethra to function, and may have to urinate sitting down going forward. Sensation can also sometimes be affected and he may have little or no feeling in this area.”