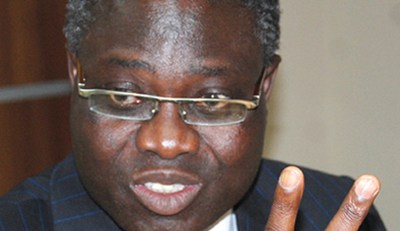 Investors that take position on UBA shares now have the chance of making as much as 45% return over the next 12 months writes US based Investment banking  giant, JP Morgan, in its latest analysis of Nigerian banks. 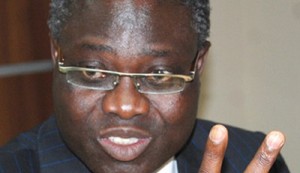 “UBA offers an attractive 45% upside potential over 12 months, among the highest in CEEMEA banks” according to the JP Morgan report released October 2013. CEEMEA is an acronym for Central and Eastern Europe, Middle East and Africa. It is used by investment analysts to refer to reports that cover economies or businesses in this region.

“We think UBA’s valuation, despite a strong rally since the beginning of the year, offers an opportunity to buy into probably the deepest valuation discount in CEEMEA banks at current levels” states the JP Morgan Report while explaining the rational for recommending UBA’s shares.

The report also notes that investors may be missing out on the opportunity presented by UBA shares despite improving fundamentals of the bank. “However, consensus is catching up fast – UBA has the best buy, or hold, or sell ratio on Bloomberg consensus.”

The JP Morgan report also explains that UBA benefits from significant balance sheet liquidity noting that the bank’s loan to deposit ratio of 37% as at half year 2013 was the lowest among CEEMEA banks covered by the investment bank.

JP Morgan however forecast that UBA’s loan to deposit ratio is “conservatively expected to rise gradually to 45% by 2016 year end.

JP Morgan notes that UBA’s loan to deposit ratio is “reflected in UBA’s market shares where it is second in Nigeria in deposits with 13% market share, but has lowest lending market share at 8% among the four biggest banks JP Morgan tracks in Nigeria.

UBA pan-African presence is also seen as strength in the bank’s operations. JP Morgan notes that UBA has the highest number of subsidiaries in Africa among the top-tier Nigerian banks with positions in 18 African countries outside Nigeria and potential to drive future revenues on rising intra-Africa trade.

“This pan-African presence and valuation discount increases the attractiveness of UBA as a potential take-out story, in our view, given our understanding on larger regional banks (e.g. South African banks) for pan-African franchises such as UBA’s.”

Notably, “UBA has the lowest mix of Commission on Turnover (COT) growth in its overall fee income mix when compared with peers. Excluding fee income, we see average Net Interest Income (NII) growth of 15% every year from 2013 to 2016” according to the JP Morgan report.

“UBA’s valuation is an opportunity to buy into what may be the most attractive risk-reward in CEEMEA banks; for a 33% valuation discount   versus peers, we estimate UBA offers 23% 2014 year end premium on Return on Equity (ROE) and significantly higher dividend yield of 10% by 2014 year end”

JP Morgan expects that the Nigerian government’s reforms agenda in oil and gas, power, agriculture and infrastructure sectors will drive the future banking growth, the sector which UBA has recently been highly bullish on with new loan growth targeted at these sectors.

UBA only last week released its third quarter 2013 financial results which shows a significant 26.7% growth in loan portfolio, as the bank positions to take advantage of emerging opportunities  in the power and oil and gas sectors of the Nigerian economy.

The nine-month results put the bank’s new loan portfolio position at N870.4 billion as at September 2013, representing a 26.7% increase on N687.4 billion loan portfolio for full year of 2012. “We increased our exposure to the power, upstream oil and gas and telecoms sectors of the economy” explained Phillips Oduoza, Group Managing Director.

There was a significant 28.5% increase in total comprehensive income for the period to N48.74billion, compared with N37.92billion in the same period of last year while the bank closed the first nine months of the year with a profit of N43.4billion.