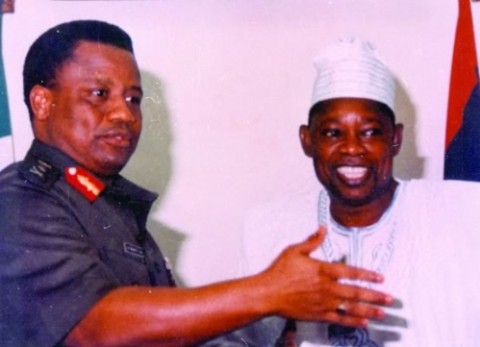 Today marks 21 years after the annulment of June 12, 1993 Presidential election. The exercise till date is generally applauded the Nigeria’s freest and fairest election. The Military President and Commander-in-Chief of Armed Forces then, General Ibrahim Badamosi Babangida although admitted that the general feeling in the country during after the election was that the exercise was orderly and peaceful, yet, he quickly followed by saying despite that, there was enough evidence suggesting and confirming massive rigging of the election believed to have been won by the late philanthropist and industrialist, Bashorun Moshood kashimawo  Olawale Abiola. General Babangida also added that security report available to the military high hierarchy did not support declaring the late business mogul the winner!

The annulment sparked up bloody and persistent nationwide protest. The struggle virtually touched and affected every aspect of Nigerian life. Perhaps, the most critical dimension of June 12 struggles was the nationwide strike declared and called by the General Secretary of National Union of Petroleum and Gas Workers (NUPENG), Frank kukori. The industrial action shot down the entire country as business and commercial activities were paralyzed. Many stayed indoors, while violent riots erupted and raged in the major cities and towns across the country. The human and material causalities were colossus and invaluable. 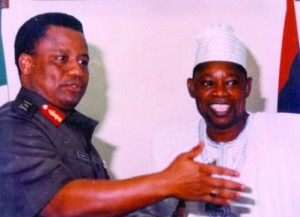 Hunger and anger permeated the country as the protests refused to abate. Many arrests were also made – the politicians and activists becoming the main targets. The entire country was thrown into palpable fear and confusion – governance remained at zero and there was no sign of cohesion and authority in the land. Nigeria then was obviously and totally in a state of anarchy.

General Babangida, a very close friend of the winner, Bashorun Abiola, later discovered he could not survive the mounted pressure from within and outside the country, hence hurriedly arranged and planned his exit from the government among the service chiefs. Babangida said at his passing out ceremony that given the fickle political situation in the country, he was “stepping aside”. He therefore ushered in an interim national government headed by Chief Ernest shonekan. The government was however short lived as the Egba Chief was pressured by the military Generals to vacate and hand over power

Shonekan’s exit brought in General Sanni Abacha as new Head of state. His tenure has been described as the darkest era in the history of Nigerian Government. During his reign, there was total disregard to law and overwhelming check on the June 12 protagonists across the country. Many of them (June 12 supporters) were arrested, detained while so many were killed. In fact some went on exile as the Abacha military junta continued to harass and trail them. The human causality was highly unquantifiable.

Yet, the peak of Abacha despotism was the murder of Chief MKO Abiola’s senior wife, Alhaja Kudirat in Oregun, by a detachment of military personnel headed by dreaded Sergeant Rogers in 1998. Abacha himself died in the midst of the national uprising, while the prime subject and symbol of the struggle died barely a month after Abacha’s demise amidst a very mysterious circumstance.

Exactly over two decades into the struggles that launched the relatively sustainable but developing Nigeria democracy, there remain so many lessons for Nigerians to learn, so as to ensure her civil government grows and the country moves forward.

In a telephone radio interview early this morning monitored by African Examiner, prominent Afenifere Chieftain and Chairman of the ongoing National confab steering committee, Senator Femi Okunroumu affirmed that June 12 symbolizes Nigerians victory on entrenchment of “internal independence and against internal colonialism”. Dr Okunroumu explained that the freedom was evident in the pattern June 12 Presidential election followed, which disregarded ‘Muslim-Muslim ticket’, religion affiliation, language and ethnic groups. He added that Nigerians during June 12 election willingly demonstrated freedom of choice with respect to electing who should be their leader.

The former Senator under the platform of Alliance for Democracy (AD) bemoaned despite havoc done to Nigeria, those who truncated June 12 election “are still in power today, they still  rule the country directly or indirectly” and impede given due recognition to “our brother” – referring to the acclaimed winner of the historic election, Bashorun Abiola.

The factional leader of Oodua People’s Congress (OPC) and National Chairman of Unity Party of Nigeria (UPN), Dr. Fredrick Fasheun spoke in the same with Okunroumu. He advocated for more national recognition of the late politician and businessman.

Finally, it has been articulated that 21 years is not a joke in the life of a man. What is going on presently in the country’s political pitch is autocracy not democracy. In essence, the lessons and fundamentals inherent in June 12 Presidential election should be brought into bear, both by the politicians and electorates with a view to conceiving developing and nurturing real democracy which the ultimate goals are the welfare of the people and future of the country.