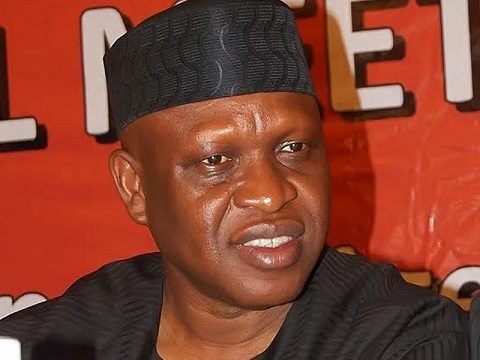 (AFRICAN EXAMINER) – Leader of the All Progressives Congress, APC, in Delta State, Olorogun O’tega Emerhor has commended President Muhammadu  Buhari’s sense of fairness, justice and  courage in addressing the long overdue issue of honouring Chief MKO Abiola, his running mate, Alhaji Babagana Kingibe, other unsung heroes of democracy and the recognition of June 12 as the true Democracy day!

According to a statement personally signed by Emerhor, President Buhari has by this singular act established himself as a fearless progressive, a true democrat and a man with a true sense of history and justice.

President Buhari has brought to an end an era where previous Presidents bury their head like the ostrich in the sands of arrogance and political denial of the significance of the events of June 12.

President Buhari didn’t just honour the Abiolas, the Kingibes, the Ganis and those heroes that died in the streets of Nigeria, but he indeed re-established  Nigeria as a nation that can be a beacon of hope and justice to all, Emerhor stated.

Coming in the heel of his unmatched war on corruption, his giant strides in infrastructural development, his tenacity in crawling the economy out of recession, the President has indisputably distinguished himself into a unique class of his own as a President of the people. And it is for these reasons that Deltans and Nigerians will certainly re-elect him for a second term in 2019, Emerhor concluded.