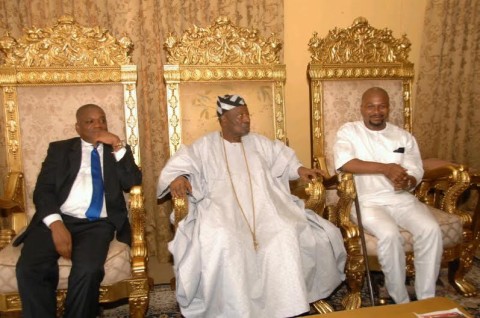 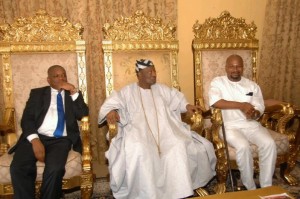 Oba Oyewumi made the remark on Friday when Kalu paid him a visit.

Kalu, who was installed as the Aro of Ogbomoso by Oba Oyewumi six years ago, was not at the chieftaincy award ceremony as he was out of Nigeria then.

Kalu’s visit, on Friday, was therefore the first official visit after the conferment of the chieftaincy title on him.

Oba Oyewumi said Kalu had demonstrated the qualities of a good leader with his conduct before, during and after his gubernatorial tour in Abia State.

He said he remains an astute businessman with a capacity for helping those in need.

Responding, Kalu, whose Special Adviser, Prince Oyekunle Oyewumi, is the son of Oba Oyewumi, was full of gratitude to the reverred monarch for finding him worthy of such a title.

He said that his visit was not a political one but in continuation of his bridge building across religious, political and ethnic divides.

He said he had visited some other parts of the country, including the North, and would continue to do in his bid to ensure the country remains one.

He told newsmen when asked if his visit was connected with the 2015 elections: “You know me that I shoot straight and say it the way it is.

“I am not set for politics.

“I am only conferring with traditional rulers all over the country.

“The country is so dear to my heart.

“We must live peacefully.

“The country belongs to us all and we must continue to support our leaders.

“Just the way I have called for support for President Goodluck Jonathan and Governor Abiola Ajimobi of Oyo State, so also do I want to appeal for us to support the Soun in order to move Ogbomoso forward.

“The people of Ogbomoso must also support the kabiyesi.”

“The reception here, though this was supposed to be a private visit, is unbelievable.”