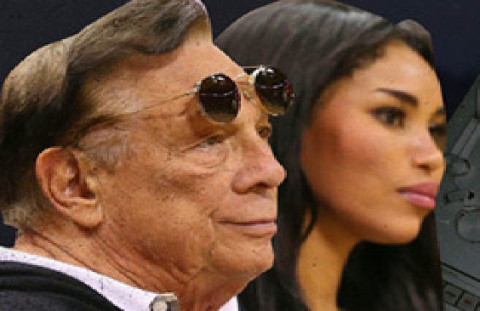 Los Angeles Clippers Coach Doc Rivers said tonight that the NBA’s decision to ban owner Donald Sterling for life and fine him $2.5 million after he was recorded making racist comments about African-Americans can “begin the healing process” for the team, the league and the country. 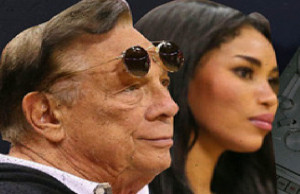 Donald Sterling and his girlfriend Stiviano

“These last three or four days have been very difficult for everybody, no matter what your race,” Rivers told reports before the game, set to tip off at 10:45 ET. “We can move forward. We have to. Yes, I do think [the NBA commissioner] made the right decision.”

NBA Commissioner Adam Silver announced earler today at news conference in New York: “Effective immediately, I am banning Mr. Sterling for life from any association with the Clippers organization or the NBA.”

Breaking Down the Donald Sterling Scandal: The Audio, The Lawsuits, the Reactions

Silver also said he would immediately recommend to the NBA Board of Governors that they force a sale of the Clippers and that he would do “everything in [his] power to ensure that happens.”

What We Know About V. Stiviano, Woman Accused of Leaking Racist Rant

NBA Players Association Vice President Roger Mason said that players across the league had made it clear they were willing to boycott the playoffs if the NBA didn’t take swift, decisive action against Sterling.Sterling, 80, has owned the team since 1981.

Sterling’s lawyer, Robert Platt, declined comment when asked by ESPN whether Sterling would dispute or respond to the NBA’s decision.

Rivers said he hasn’t thought about whether to leave the team in the wake of the controversy.

“You want to work with people who share your values or respect them,” he said. Rivers said he had never heard Sterling make racial remarks in his presence. “You would like to change him, you’d like to change anyone’s mind who feels that way.”

He said he is confident Sterling will be forced to sell the team, but said that in the meantime he is sympathetic with the players’ ambivalence about wearing jerseys with Clippers name.

The Clippers were blown out by the Golden State Warriors in the first game after the tape of Sterling’s racist rant was released.

The players were in a team meeting reviewing tape of the game when Silver made his announcement. Rivers said that when he told the team the commissioner’s decision, there was total silence.

“They were just happy that it was a resolution and it’s over, at least the start of it to be,” he said.

The money from the $2.5 million fine — the maximum amount allowed by league rules — will be donated to anti-discrimination groups, Silver said.

“As part of the lifetime ban, Mr. Sterling may not attend any NBA games or practices, be present at any Clippers office or facility, or participate in any business or player personnel decisions involving the team. He will also be barred from attending NBA Board of Governors meetings and participating in any other league activity,” said Silver.