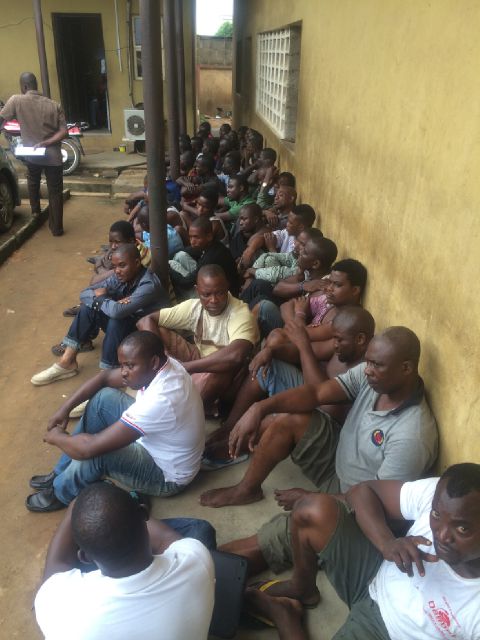 At least, 186 suspected hoodlums were on Friday arrested by the Lagos State Taskforce on Environmental and Special Offences Unit in Oshodi, Lagos, Nigeria. 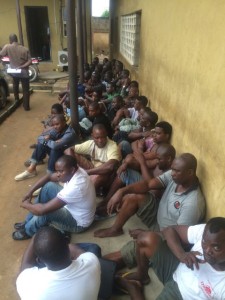 In recent time, there have been upsurge of hoodlums in Oshodi with touts snatching people’s bag and other valuables mostly at night.

According to the Taskforce Chairman, Bayo Sulaiman, it is unpalatable that despite the effort being put by the government to sanitise Oshodi, hoodlums still throng the area, but said the taskforce was up to the task.

Sulaiman said the adult among the hoodlums arrested would be arraigned in court while the underage hoodlums would be taken to the Lagos State Correctional Centre for rehabilitation.