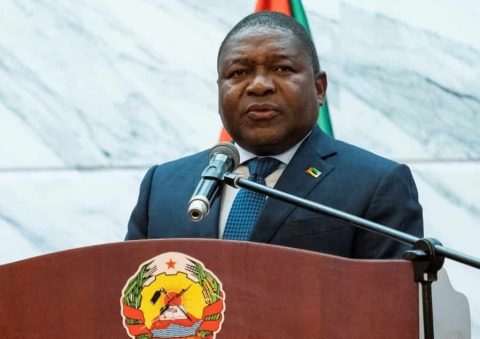 In the speech of taking office at the opening ceremony of SADC’s 40th summit virtually held in Maputo, Mozambican President Filipe Nyusi, thanked the member countries for the honour and trust given to his country to assume the presidency and organize the summit.

The summit coincided with the regional economic community’s 40th anniversary celebration under the motto “40 Years Building Peace and Security, Promoting Development and Resilience in the Face of Global Challenges.”

“Amid multiple challenges that plague countries and the world, the region maintained cohesive and focused on achieving its goals due to the applied pragmatism and perspicacity,’’ the President said.

“We will work closely with the heads of state and hold consultations whenever necessary,’’ Nyusi said.

He added that he was confident that the decisions to be taken at the summit will promote development of the regional bloc.

The outgoing Tanzanian President John Magufuli appealed to rich countries to forgive debts of SADC countries to financially support them to combat the COVID-19 pandemic, terrorist threats, health and economic crisis, which remain the challenges for the body.

The predecessor of SADC was created in 1980 as the Southern African Development Coordination Conference, which in 1992 was transformed into the current body comprising 16 member states.