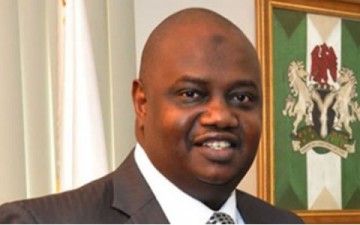 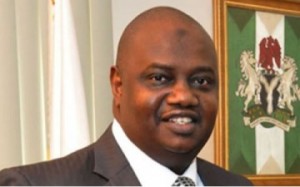 The Economic and Financial Crimes Commission, EFCC on Monday September 23, 2013 asked the Abuja Division of the Court of Appeal to set aside the September 19 ruling of Justice Adamu Bello of the Federal High Court, Abuja discharging former Executive Secretary, Universal Basic Education Commission, UBEC, Prof. Bridget Omotunde Sokan and six others in the N787 million fraud case instituted against them by the Commission.

Justice Bello had discharged the seven accused persons upholding their no case submission.

The other accused persons who were first arraigned on May 18, 2009 on a 63-count charge that borders on fraudulent inducement, criminal conspiracy and subversion of due processes in the award of contract and other offences are: Molkat Manasseh Mutfwang, Dr. Andrew Ekpunobi, Michael Aule and companies used in perpetrating the fraud, Intermarkets USA; Intermarkets Nigeria Limited and Alexander John Cozman, a foreign contractor.

In the notice of appeal filed before the appellate court, EFCC is seeking a review of the ruling of the lower court on two grounds: One, that the trial judge erred in law by upholding and granting the 1st – 7th respondents’ application for a no-case submission in spite of the evidential materials, oral and documentary before the lower court at the close of the prosecution’s case.

According to Wahab Shittu, counsel to the EFCC, prosecution had placed before the lower court 75 legally admissible (and admitted) materials including indicting oral testimonies of 7 witnesses providing prima facie evidence entitling the Accused/Respondents to enter into their defence and offer explanations in respect of the 41-count charge preferred against them at the lower court.

Shittu, while submitting that the evidence adduced by the prosecution against all the accused persons was neither discredited as a result of cross examination nor manifestly unreliable as erroneously held by the trial court, stated that the court did not advert its mind to the fact that at the stage of a No Case submission, questions do not arise as to whether the court believed the evidence tendered.

Citing a plethora of authorities, counsel to the anti- graft agency holds that it was premature at the stage of trial for the Judge to determine if evidence was sufficient to justify a conviction. He avers that the lower court made a far-reaching and conclusive pronouncements touching on the credibility of witnesses, the guilt/innocence of the accused/respondents including detailed evaluation of evidence tendered in the proceedings which ought not to have arisen for consideration at the stage of a no case submission.

On the second ground of appeal, EFCC submits that the trial judge erred in law on the purport and meaning of jurisprudence of prima facie in reaching a decision that the accused/respondents had no case to answer. The Commission maintained that according to several authorities, prima facie means ‘ground for proceeding’ and not same as ‘proof’ which comes later when the court has to determine whether an accused is guilty or not.

“It is a settled law that prima facie case is the minimal incriminating evidence that must be apparent to the court when the prosecution closes in a criminal trial.”

The notice of appeal finally submits that the lower court did not give weight to the legally admissible evidence (Report) from the Auditor General of the Federation, marked exhibit 6, indicting the accused persons neither did it weigh in other reports from the State Security Services (SSS) marked exhibit 10 and the investigative report of EFCC also marked exhibit 59.