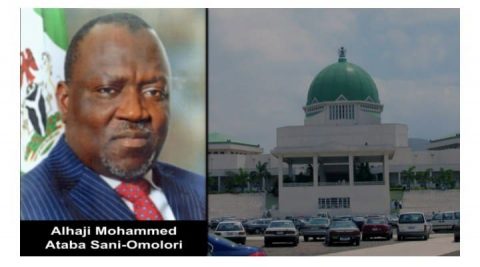 The accusation is contained in a query with Reference number NASC/CHO/1/2 dated July 16, issued by the NASC Executive Chairman Ahmed Amshi and was received by the registry of the CNA Thursday in Abuja.

“The Clerk to the National Assembly has no authority whatsoever to dictate anything to the commission.

“Your press statement is considered by the commission as a gross insubordination to a constituted authority.

“You are, by this letter, requested to explain to the commission within twenty four (24) hours as to why disciplinary action will not be taken  against you as per provision of Section 6(2)b of the National Assembly Service Act, 2014 (as amended) for this gross insubordination.”

Recall, the NASS Commission had on Wednesday issued a statement, directing all the staff who have attained 35 years of service or 60 years old to proceed on retirement immediately.

This decision of the commission affected Sani-Omolori and 149 senior members of staff of the National Assembly, but he has contested it.

Consequently, the commission mandated those affected to proceed on leave immediately while the retirement letters would be sent to them.

In contrast, Sani-Omolori, in a statement issued July 15, challenged the commission’s authority to rescind a resolution passed by the 8th National Assembly on the Condition of Service.

He said that the new condition of service had extended the retirement age to 65 years and 45 years in service, whichever comes first.

He therefore urged NASS members of staff to ignore the commission and go about their daily legal activities.