A new prime minister has been appointed in Mali to succeed Oumar Tatam Ly, who has resigned from office – along with his entire government. 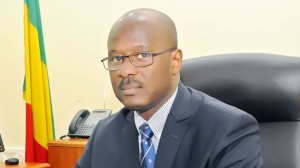 His successor is a former presidential hopeful, Moussa Mara, who had also served as minister of town planning.

Mr Mara had been calling for more action to be taken to curb persistent instability in the north.

Security remains fragile in the north, the former base of the Islamist rebels who were driven back last year.

Mr Mara stood against Mr Keita in the last presidential election. He represents a new breed of Malian politician, according to the BBC’s correspondent in Bamako, Alex Duval Smith.

A reshuffle had been expected, our correspondent says, but the departure of the entire government is a shock.

Aged 39, Mr Mara’s political career is the product of the country’s town halls rather than elite French schools.

France is now winding down its troop presence in the country but says it will continue to deploy forces against pockets of militancy in the north.