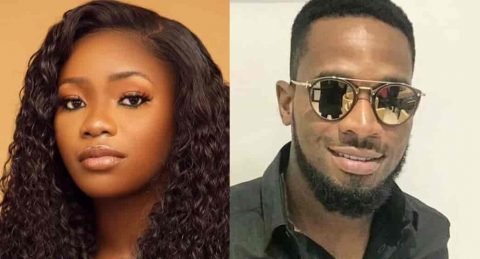 (AFRICAN EXAMINER) – Nigerian music star, Dapo Oyebanjo, aka Dbanj is trending on Twitter over the rape allegations levelled against him by Seyitan Babatayo.

African Examiner reports that Seyitan Babatayo released a press statement where she gave in-depth details of her arrest by the police on the orders of the musician.

She also narrated how she was harassed by the musician’s team and she signed an undertaking with the police and D’Banj’s team not to post anything on social media without the consent of the D’Banj’s team.

She also talked about how she spent almost 48 hours in the police station and she was treated like a criminal.

She stated that she was actually raped by the music star and D’Banj’s team have told her that the music star can buy the judiciary system in Lagos State.

Since her revelation went public, Nigerians on the micro-blogging platform have brought out their knives and are full of anger in the manner the musician went about the matter.

Here are some of the reactions.

Gogo @BROWNIE__XX wrote: “Dbanj tried his best to silence Seyitan nd all I can say is that I’m proud of her and the Nigerian women who stood together and protected her. You are never alone if you ever

decide to speak up. You’d get all the support that you need others would let go of their ignorance soon.”

Benue Breed @oyimzy wrote: “According to the press statement, Dbanj in collaboration with the police, did what they could to silence Seyitan but still failed. I’m proud of the Nigerian women who strongly stood together to protect her. I just want to hear what Dbanj has to say and how this plays in court!

Baldilocks @Baldilocks_wrote: “I still can’t get over the fact that someone (probably on Dbanj’s team) thought it wise to promote Dbanj’s music on Seyitan’s twitter account with the thick matter wey full ground. How daft can you be?

@ube wrote: “Women are women’s greatest gifts. You’ll get the most genuine and unwavering support from your fellow women cause we’ve all suffered in the hands of a common enemy. Nobody knows our struggles better than ourselves. Seyitan, we dey your back.”

@Shitta wrote: “Assault, unlawful arrest, detention, kidnapping, threats… you con dey post videos for haters. This life no balance at all. I stand with Seyitan. She must get the justice she deserves. We need to show these men who think they’re untouchable that they can and will be touched.”

Elon Mosque @That_IjebuBadoo wrote: “Today it’s Seyitan, tomorrow it could be anyone else. The system is setup to favour people who have more money than you do. Until you go face to face with this system of Nigeria, you’ll never understand the confidence in those threats Dbanj made.”

Big Daddy Gersh @__gershom wrote: “I don’t know how Seyitan’s legal team is going to prove an almost 2-year old rape in court-especially in Nigeria. I hope they can. But we got that nigga on kidnap, intimidation, witness tampering, etcetera. Throw that at him and get him the fuck out of here.”

Aunty timmie @timmie__ wrote: “Seyitan has a case with this comprehensive and detailed story but I’m not in a position to be in her defense neither are you! Y’all should just chill with this dragging because Dbanj is not guilty yet. May justice prevail and I pray God restores sanity to this evil world.”

@Mbu said: “The fact alone that D’Banj took over her account and tweeted that she wasn’t arrested and also promoted his music, it means he had something to hide. Seyitan deserves full justice and would never be silenced.”

ebele. @ebelee_ wrote: “If Dbanj is so confident he can pay his way out of justice, why then is he trying to bully, intimidate and silence Seyitan ? If he was so confident, why’s he acting so scared & desperate that he’s kidnapping and further traumatizing her?”

The African Examiner reports that the music star has denied the allegation of rape against him but he is yet to make a statement concerning the harrasment and the kidnapp of the accuser.