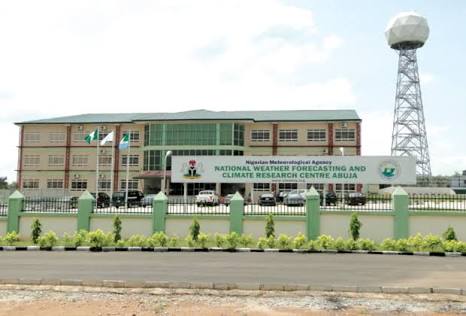 The predictions are contained in the Weather Outlook issued by NiMet’s Central Forecast Office (CFO) Thursday in Abuja.

The forecasts stated that there would be chances of isolated thunderstorm over some parts of the high ground areas of the region with night time temperatures of 25 to 28 degrees Celsius.

NiMet predicted that coastal and inland cities of south would experience cloudy conditions in the morning with night time temperatures of 23 to 28 degrees Celsius.

It added that localised thunderstorms would prevail over cities such as Lagos, Port Harcourt, Calabar and Owerri in the afternoon and evening hours.

NiMet also predicted that sunny and hazy conditions would prevail over Nguru, Potiskum and Maiduguri with partly cloudy situation in other areas and night time temperatures of 18 to 29 degrees Celsius.

The forecast indicated that hazy conditions are expected over parts of the North-East, while partly cloudy to cloudy conditions with chances of isolated thunderstorms in few places across the country.