NNPC Says No Cause for Alarm on IOC Divestment 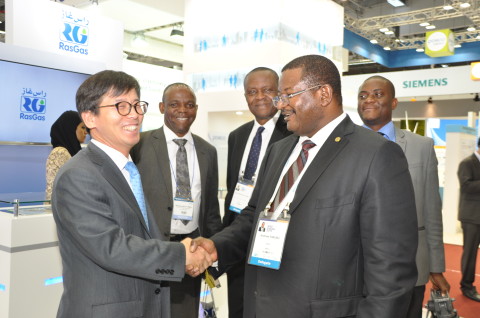 The Nigerian National Petroleum Corporation (NNPC) has dismissed insinuations in some quarters that the recent spate of divestments from certain onshore oil blocks by some international oil companies (IOC) may lead to crisis in the nation’s oil and gas industry. 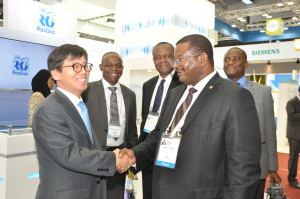 Speaking to journalists on the margins of the ongoing World Energy Congress in Daegu, South Korea, Group Managing Director of the Nigerian National Petroleum Corporation, Engr. Andrew Yakubu, explained that the reported divestments are not only healthy for the oil and gas industry in Nigeria but would also go a long way in promoting effective indigenous participation in core upstream activities.

“These are not withdrawals in the real sense of withdrawals. The fact is that a number of these IOCs are moving into more challenging frontiers in the deep offshore and are leaving the onshore blocks which they consider less challenging,” he said.

The NNPC GMD noted that the major players that are divesting have actually been sitting on those acreages and have allowed them to go fallow for years without significant development.

“So it is only fair for them to release these blocks so that others, especially the indigenous operators can have the blocks and grow in the upstream business. This indeed is a good development and I think we are moving in the right direction,” he said.

The GMD hinted that the divestment offers immense opportunities for the nation’s  indigenous flagship upstream operator, the Nigerian Petroleum Development Company (NPDC) to grow its capacity and capability especially as it strives to meet the aggressive target of daily crude production of 250, 000 barrels by 2020.

Engr. Yakubu who is leading a team of Nigeria’s oil and gas experts to the global energy meet also submitted that the advent of the shale gas and oil revolution in America for now would not have serious negative impact on the nation’s crude oil fortunes as earlier projected by some petroleum analysts.

“No doubt the shale gas phenomenon poses a pushback on our oil and gas, but the good news is that as we speak the impact is going to come a very long time from now because a close examination of the various discoveries of shale gas shows a huge misalignment between what was projected and the actualization of most of the gas projects that would bring shale gas into full maturity,’’ the NNPC GMD noted.

He explained that though the shale gas revolution is real, its availability in the global energy market is being hampered by high cost and other infrastructural challenges thus making conventional crude oil a cheaper energy source.

He, however, stated that while the NNPC takes comfort in this development, the Corporation is moving to activate measures to ensure that the country is not caught napping if and when shale gas achieves the projected global penetration.

“Once again, the good news in this regard is that Mr. President, through the Honourable Minister of Petroleum Resources, Mrs. Diezani-Alison-Madueke, has made it clear that the maximization of our various energy resources is central to the reforms in the oil and gas industry. And back home we have since channeled our energy to the development of petrochemicals, fertilizers and other gas-based industries that would maximize the utilization of our gas resources. So far our interactions and engagements with various global energy leaders in this Congress have reassured us that we are moving in the right direction,” Engr. Yakubu said.

The 22nd World Energy Congress in Daegu, South Korea, which is billed to climax on Thursday, 17th October, 2013, has in attendance over 6,000 delegates from prominent energy jurisdictions across the world.

The Congress which has the central theme “Securing Tomorrow’s Energy Today,” is focused on the challenges posed by the globalization of energy demand, how energy supplies can be protected against disruptions and how efforts to mitigate climate change affect access to future energy resources. These are summed up in the concept of the “energy trilemma” by the World Energy Council, organizers of the Congress.