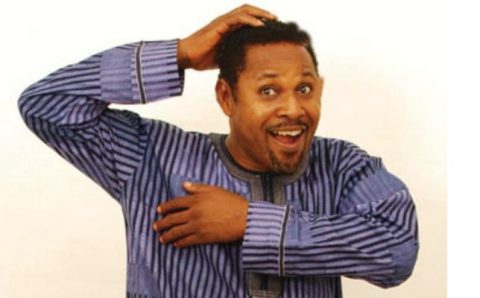 (AFRICAN EXAMINER) – A popular Nollywood actor, Saheed Balogun has urged the government to enact stiffer laws to guide and regulate the operators in the acting sub sector of the Nigerian entertainment industry.

The Yoruba actor who made this advocacy Friday in Lagos during an interview said the current laws regulating the national’s artistes were too weak and needed to be amended.

He established this was responsible for most of the films being produced in the country in recent times not depicting the indigenous cultures of her citizens.

Balogun stated: “The present laws guiding the industry are too weak, we need laws and structures that will regulate the indigenous movie industry as well as the kind of foreign films that can be shot in the country.

“It is unfortunate that the legislators in the various house committees on culture at the national and state levels have not deemed it fit for years to sponsor any bill aimed at restructuring the operations of the entertainment industry”.

The artiste noted that an offender convicted for pirating a whole film of about seven containers and only asked to pay a fine of N150, 000 as the option would never learn his or her lessons.

He expressed his disappointment on the fact that those who were conversant with the intricacies of movie production were no longer engaged to handle it.

As a way out of this, Balogun urged Nigerians to stop patronizing actors and movie producers, whose films did not depict the nation’s numerous cultural values, heritage and societal morals.

“If an actor or actress is not doing a good job, we should all stop embracing him or her. Such a person will change for the better.

“If I produce a movie wish you don’t like; don’t buy it, this is because restructuring of the industry has to include joint efforts of the government, viewers and the movie-makers.

“We should stop celebrating names or personalities producing sub-standard movies, rather we should celebrate people who know the right thing and are doing it,” Balogun stressed.

However, the veteran actor appealed to the government not to neglect the industry, as he maintained that there was the need for policies that would foster a conducive environment for the industry to thrive and continue to contribute its quota to the nation’s GDP.