Oluwole Awolowo, son of the late sage dies at 70 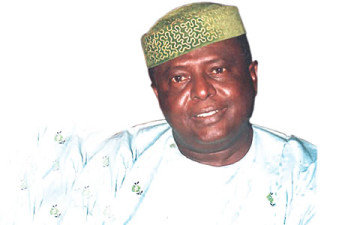 The Publisher of the Nigerian Tribune titles and the son of the late
sage, Chief Oluwole Awolowo has passed away at a London
hospital at the age of 70.

Reports say he died “following complications arising from a car
crash that occurred on September 30, 2006.”

A statement from the African Newspapers of Nigeria (ANN) Plc,
publishers of the Tribune titles partly reads: “He had been in and
out of hospital, home and abroad, since he was involved in the
ghastly accident seven years ago on the Lagos- Ibadan
Expressway.

“Despite his health challenges following the accident, the late
Awolowo devoted his life to the service of God and was deeply
involved in evangelical activities. In the past four years. He
authored a Christian column, OBA’S LECTERN, in the Sunday
Tribune.

“He fought a good fight and has gone to rest with his Maker. We
ask for prayers at this most trying time for the Awolowo family and
for the ANN Plc.”

Meanwhile, Afenifere, the pan-Yoruba socio-political group
mourned the death of the son of the late sage.

Afenifere’s statement issued by its spokesman,Yinka Odumakin
said Chief Wole Awolowo’s death is a big pain and loss to “all of us
who are followers of the late sage.”