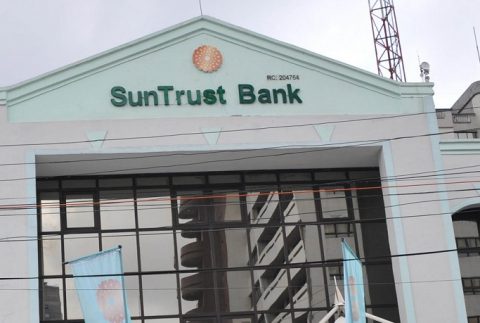 (AFRICAN EXAMINER) – SunTrust Bank has debunked the claim that the bank failed to pay some staff of the National Assembly who protested non-payment of their salaries on Tuesday.

It would be recalled that the protest by legislative aides was triggered by the death of Hassan Abiodun, an aide to the Deputy Speaker, Yusuf Suleiman as they blamed the death on non-payment of salaries.

However, SunTrust on Wednesday debunked claim in some quarters that the bank has held on to their salaries without paying them.

Executive Director, Finance and Risk Management of the Bank, Mr. Usman Abdulqadir who briefed newsmen on behalf of the CEO, Mr. Muhammad Jibrin at the bank’s office in Lagos said the Bank had duly “executed all mandates given to it with respect to making payment on behalf of its customers promptly”.

He said as banker to some National Assembly accounts, the Bank “has received the mandate to make payments to various beneficiaries and those payments have since been relayed, some via REMITA, to the relevant banks”.

“We advise that any persons who are yet to receive payments executed by us should first check with his/her bankers to trace where such payments are held. We categorically restate that we do not fail to honour any obligation to our clients”, Abdulqadir added.

The bank however commiserated with the immediate family and the entire NASS family on the death of the staff, adding that the deceased did not have account with the bank.

The ED said the bank, launched in August last year with over 10,000 accounts being managed, remains the only commercial institution that had made financial inclusion its number one priority, saying, “We have always carried out our mandates with integrity and promptness required”.