OPINION: Exploring the advantages of the New Media 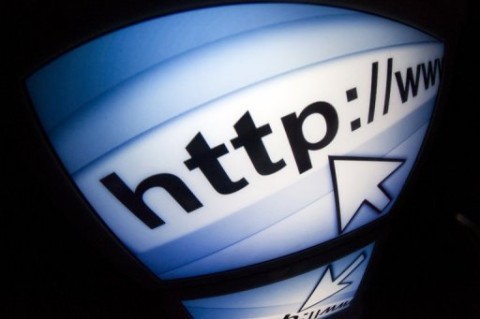 The new media are referred as contents that available on-demand New media most commonly refers  through the Internet, accessible on any digital device, usually containing interactive user feedback and creative participation. The new media include websites such as online newspapers, blogs, wikis, video games and social media. The basic distinguishing characteristics of the new media from other media of mass communication is dialogue. While the new media  transmit content through connection and conversation, it enables people around the world to share, comment on, and discuss a wide variety of topics.

Before the 80s,the trend was that the  media relied primarily upon print and analog broadcast models, such as those of television and radio. For some decades now, there has been a rapid transformation in the media world, and this is predicated upon the use of digital technologies, such as the Internet and video games.

The list of the merits of the new media is inexhaustible. The new media have broken the monopoly initially enjoyed by the traditional media which conferred them with the dictatorial role of determining what constitutes news and in what form it is disseminated”.

The explosion of online readers and viewers has forced traditional media organisations to go online. Radio and televisions stations can now be accessed through the internet by logging onto their websites.Traditional newspapers are fast losing their advert revenue and this has forced them to display their stories online. The idea is catch advert revenue online.

The online newspapers have a wider reach. They are boundless and do not need physical transport to get to their readers as required by the traditional newspapers.The online newspapers  ensure a speedy feedback from the readers. They offer readers opportunity to react to stories swiftly as well consult other sites for more information on the subjec

The new media have also played a pivotal role in making the world a global village, enhancing public opinion while creating awareness for economic development as they have afforded millions of users worldwide opportunity to make a living.

The compression of time and space, due to the convergence of new media and globalisation, has shrunk the world into a much smaller interactive field, and the new media allow people to communicate and engage with information that is quickly accessible on the internet.

On the reverse, the emergence of the new media has spurred a whole wide of debate to the negative. One of the arguments is that the roles of the sub-editor is fast vanishing because the reporter, tapping from online advantage, can cull a page on his laptop and plant a copy straight into the page without recourse to the sub- editor. It is further argued that the new media have  embarrassingly eroded mass media ethics.

It is further argued that the new media are faced with serious professional issues such as gate keeping, scanty consideration on worthiness or unworthiness of news to publish, little concern for ethics, such as objectivity and fairness; accuracy in news gathering and information for dissemination.

The Nigerian Press Ethical Codes of Conduct include: The respect for the truth; The respect for the freedom of the individual; The respect for constituted authorities; Avoidance of publication of bad taste in language and pictures; Avoidance of libel and sedition; Avoidance of malicious publication; Not settling personal quarrels on the pages of newspapers or airwaves; Not promoting sectional interest; Respect away from bribes, including brown envelope; Protecting your source of information at all times; Not reporting about protected area or zones; and maintaining good image both in conduct and appearance.

The new media have been described as a factor uniting the  the world and at the same time destroying it. Opponents of the new media have described them as veritable tools of  character assassination,tools in the hands of blackmailers as many have become helpless in the face of this new media. Others have argued that the new media have  played negative roles in Nigeria election as well inflicting pains on people and soiled their minds, and  spreading hate speeches that escalate religious and ethnic politics.

In a media statement credited to a former governor of Ogun State, Chief Olusegun Osoba , he lamented the damage caused to print journalism by what he described as “the unbalanced writing of untrained internet reporters”.

Osoba said internet invaders as well as declining interest in regular newspapers had put journalism in danger. “Our profession is in danger, because there’s a serious invasion of non-professionals, who know nothing about the ethics of journalism and who are not trained to balance their stories. I’m talking about internet invaders.

“Our profession is being invaded by people, who have no training whatsoever, they don’t even ask for the other side of the story. They have become tools in the hands of people like the Economic and Financial Crimes Commission, EFCC, blackmailing people, maligning people’s character.

“We too must invade the internet. I want to appeal to all professionals in this industry, the future of a newspaper as we know it today, is fizzling out and it will soon be dead. There will still be newspapers, as I always insist, but it will be distributed free as it is done in London. I want to appeal to media houses to counter-invade the internet and those of us who are trained and know the ethics of the profession, let us not leave it to untrained internet journalists.”

Though one may not contend the veracity of the above claims, the situation has not assumed an extreme position as there options open to check this menace. One of the options is that there are  some treaties binding on Nigeria which if explored the alleged new media malady would be checked to a greater extent.Another option is to take advantage of amendment of the Evidence Act and documentary electronic evidence to restore sanity in the social media.

There is also the need to look into the Nigeria’s Justice System, particularly the court if sanity is to be restired in the areas of libel and defamation.It is worthy to note that the Evidence Act has been amended and Electronic Evidence is now admissible unlike what was obtained in the past. The caution here is that the laws should be applied in a way it would be seen as not gagging users’ right to freedom of expression which is entrenched in our Constitution. But the freedom of expression must not guarantee the freedom to injure other people. Another challenge here is the “Challenge of Proof”. Individuals whose freedom is trampled upon are challenged to institute legal action as most New Media operators do not use their correct names and pictures.