OPINION: PMB and the Limits of Endurance 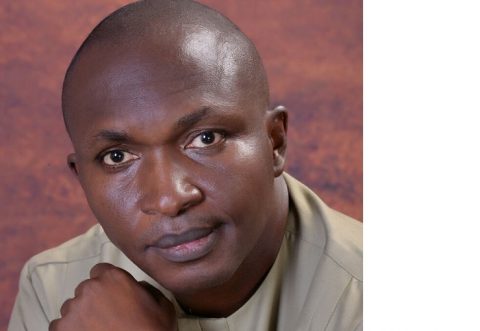 (AFRICAN EXAMINER) – When President Muhammadu Buhari (PMB) entered the presidential race in 2015, he might not have appreciated, as a fact, that he was taking his luck too far, given his age and, more importantly, his health status.  Recall that he had unsuccessfully run for the position of president in 2003, 2007 and 2011.  Following his defeat in 2011, he had, amid lachrymal emotion, announced that he would not contest the presidency again.

But the opposition forces, which had done their political calculations, realised that the only person who could passionately galvanise popular support in the north was Buhari.  Little wonder they made available all the resources needed for his presidential enterprise while he only made himself available.

Those opposed to his presidency panicked because of the cult-like following that he enjoyed in the north.  Added to the south-west votes that would be mobilised under the formidable leadership of Asiwaju Bola Ahmed Tinubu, the opposition was confident it would most likely upstage the applecart of Goodluck Jonathan’s presidency.

Therefore, so many stratagems were introduced into the campaign mix.  For instance, Jonathan’s handlers made so much noise about Buhari’s failing health.  But his supporters, and Nigerians, who wanted anybody but Jonathan, discountenanced the public service announcement by casting their votes for Buhari and his promised change.

Buhari was confident to sweep into power on the wings of the legacy party- the All Progressives Congress (APC).  The issue that probably preoccupied his mind was his health.  Would it be able to withstand the strains and rigours of governance?  Rewind: perhaps, if he had been lucky in 2003, or 2007 or even 2011 to become president, the narrative might have been different, given the fact that he would have been younger, stronger and, perhaps healthier in office than he now is.

Today, Buhari is sick and unable to attend to governance.  Recent developments have convincingly indicated that what ails the president appears to be very serious, although, the nature of his sickness has not been officially confirmed.  When he returned from his first major medical voyage to the United Kingdom recently, he said he had not been this sick in his life.  He even confessed that he had blood transfusion.

His inability, in recent times, to rise to the challenges of governance such that on three consecutive occasions, he could not attend the weekly meetings of the Federal Executive Council (FEC), in addition to staying away from other public functions, has been confirmatory of a health condition that is degenerating.

What should then happen in this circumstance?  What should Buhari do, knowing full well that his presidency is a long distance race – up to 2019 and, by reason of strength, good health and life, through the intervening years to 2023 on a second term basis? But does he have the endurance to go the entire hog?  This is the pertinent question, which only Buhari can answer and relate to.

In 2009/2010, this was the situation that confronted the late President Umaru Yar’Adua, who was terminally ill, before he died in office on May 5, 2010.  By the time Yar’Adua was debilitated by ill-health and became vegetative, he could not, personally, answer that question. The cabal or the hawks around him, who were enamoured by presidential power and were afraid to lose their privileged positions and access to the nation’s commonwealth, did everything possible to sustain Yar’Adua in office.  The only thing they could not do was to mummify and prop him up after death on his seat as if he were still alive.

Should history be allowed to repeat itself as a farce with Buhari’s ill-health?  The Punch in its editorial of May 4, 2017, titled: “Deepening uncertainty over Buhari’s health”, brilliantly dissected the circumstance in all its ramifications and surmised that the president should immediately declare his health status to put an end to the speculations surrounding it.  This has not been done.  Second, that he should not hesitate any further to embark on another medical vacation and transfer power to the vice president, which he has now done.

The other outstanding call, which the newspaper editorial considered the most important, was for him to resign right away, discountenancing the advice by the power hawks around him who might want to advise to the contrary.  I concur with this advice.  But it will take nationalism, statesmanship and selflessness, which advance the interest of the nation and defer personal interest in a situation like this that beckons on the president to actuate the doctrine of necessity.

There is nothing wrong on the surface of it if Buhari decides to resign.  After all, as I have always told my friends, there are no more points for him to prove.  He has done his best for the nation and for himself.  His health should be paramount to him now.  If he can no longer commit himself to governance due to ill-health, it should be in his interest as a man of integrity and the nation whose people gave him their sacred mandate, to honestly make a historic declaration to that effect.

To be sure, history and posterity will not forget him as a leader who, for love of country, resigned from office when he became encumbered by ill-health.  He would not be the first leader to make such a sacrifice in human history.  In August 2001, the late Bolivian ex-dictator, Hugo Banzer Suarez, who guided the country to democracy, resigned from office after falling ill with lung cancer that had spread.  He died on May 6, 2002.

As I have noted supra, nothing is wrong on the surface of a decision by Buhari to resign.  But underneath, there is bound to be a mélange of political considerations, permutations and calculations, which typifies the nation’s political plurality as well as ethnic and regional complexities in the contestation for and management of presidential power.

It is sad that due to a natural occurrence, the north was understandably “shortchanged” in 2010 when Yar’Adua died and Vice President Goodluck Jonathan had to take over from him.  It will even be sadder if a similar situation repeats itself such that the north’s shareholding in the presidency is again threatened.  This is why intensive prayers must be offered for Buhari to stay alive, hale and hearty.

Otherwise, there is nothing wrong if Buhari decides to put in place a concrete arrangement that will ensure a seamless transition and transfer of power, preparatory to 2019 presidential election.  He can even make a statement to the nation that for reasons of his failing health, he is resigning and that his vice president will complete the remaining of his term in office, subsequent to which the political system will be guided to do the needful: ensuring that power returns or is retained in the north in 2019 to 2023.

This will settle the matter.  The fears will be gone.  The battle for the presidency will be pigeonholed or localized in the north.  Political forces in the country will all look northwards.  This will, certainly, assuage the fears of the north, particularly the far north.  Commonsense.

Mr Ojeifo, an Abuja-based journalist, contributed this piece via ojwonderngr@yahoo.com