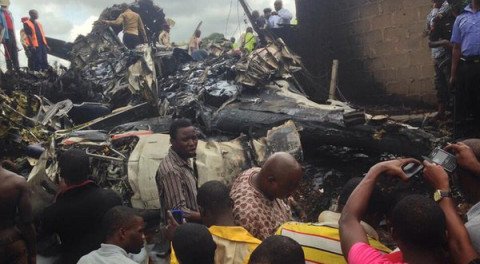 By Our Correspondents, Lagos 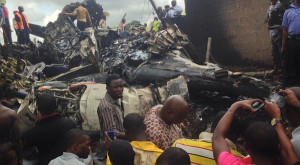 The Lagos State Government has concluded arrangement to conduct DNA test to identify the 13 bodies that were burnt beyond recognition in the Associated Airline crash in Lagos on Thursday.

According to her, government had 13 charred bodies and seven survivors in its custody, and appealed to relatives of victims of the crash to come to LASUTH for the DNA test to identify their loved ones.

The deputy governor explained that two minutes after the plane took off from Murtala Muhammed Airport, government was informed that 20 people were on board and that its emergency agencies were able to recover 13 bodies and seven survivors, saying that the survivors were in the hospital receiving treatment.

“The 13 bodies recovered cannot be identified at the moment. But we are still waiting for the manifest of the passengers from the Nigeria Civil Aviation Authority. The survivors are receiving treatment here at the Emergency Surgical ward for treatment,” she said.

“So, what we want to let the public know is that anyone who knows that he or she has anybody among the travelling party to Ondo State aboard the flight, not among the survivors, should see the pathologists at the LASUTH,” she added.

Vice Chancellor, Lagos State University, Professor John Obafunwa said the teaching hospital would carry out forensic examination aimed at knowing the cause of the death and assisting in the identification of the victims.

“We are going to conduct the investigation this evening having been given order by the corona to do so. Hopefully within the next 48 to 72 hours, we should be through with what we have to do. However, we have been told that a number of bodies had been burnt beyond recognition and we will have to identify these individuals,” he said.

Lagos State Commissioner for Special Duties Dr. Wale Ahmed said five of the survivors were in government’s hospital while one was at the Air force Base hospital..