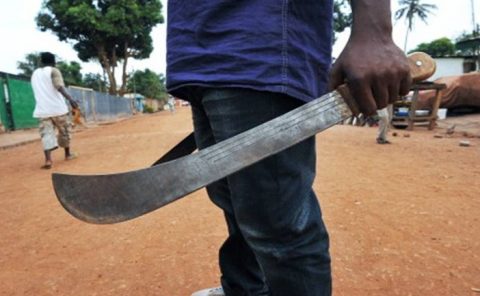 (AFRICAN EXAMINER) – Seven people were killed in a machete attack on a village in Northern Mozambique, Police said on Tuesday.

The incident happened over a week ago when 10 persons were killed in a similar attack by suspected jihadists.

Houses were burnt and cars were torched in the violence, which also left four injured, he said.

While Dina refused to say whether the perpetrators were jihadists, he did say they were likely from the same group that attacked.

Over the weekend, police said they killed nine attackers in a raid in the area.

Police have been loathe to connect recent attacks to Islamic extremists.

But in October, when 20 people were killed in Cabo Delgado, local reports suggested that the attackers had connections with Islamist groups.

Mainly Christian Mozambique, on Africa’s south-east coast has not been a hotspot for jihadist groups before.

Earlier this year, an article on the website of U.S.-based think-tank The Africa Centre for Stratgic Studies said the October attack had “caught observers of international jihadism by surprise.’’

However, it said, a group “known locally both as al-Shabaab (the youth) and as Swahili Sunnah (the Swahili path) appears to be attracting new recruits’’ in Mozambique./(NAN).