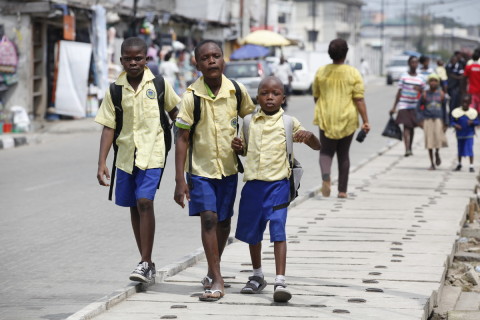 African Examiner observed that only few schools in Jos, the State Capital and environs complied with the directive while some are still under lock and key. 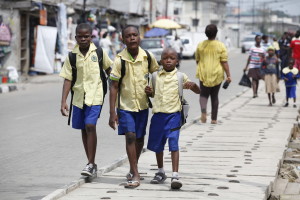 At the Police Children School along Joseph Gomwalk way,Jos, our correspondent, who visited the school reports that the few pupils who turned up were sent back home and told to resume on the 13th, October, 2014, by the school authority.

Efforts to speak to the authorities of the Police Children School proved abortive.

Also, at Saint Luke’s Primary School, Jos, it was observed that there was a low turnout of pupils.

Mrs Nafisatu Akaso, the Assistant Headmistress of the school , told our correspondent that the low turnout of pupils was attributed to the fact that it was the first day of resumption, adding that pupils were reluctant to resume.

She appealed to parents to send their wards back to school, so that they would make up for the weeks lost.

At Childrens Academy in Jos South LGA, pupils were seen washing their hands with liquid soap at the school gatel.

Also speaking, Plateau State Commissioner for Education, Nanle Dashen, disclosed that the State Government has approved over N90 million for the purchase of apparatus in detecting the Ebola Virus Disease and appealed to schools to be patient as the equipments would soon be distributed.

A parent Mr. James Agwom, told our correspondent that, children should resume only when adequate measures in ensuring that the pupils and students are screened before they enter the schools.