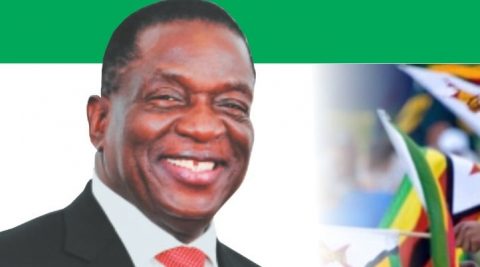 (AFRICAN EXAMINER) – Zimbabwe President Emmerson Mnangagwa has said he will ‘panel beat’ democracy to effect a 30 percent quota for women in the local councils.

This follows concerns by Women in Local Government (WILGF) an association of female councillors and executives drawn from all urban and rural councils in the country.

WILGF had a one-day meeting in meeting where they petitioned President Mnangagwa to extend a quota to women in local government.

“Our appeal comes against exclusion of women in local government and our key concern is underrepresentation despite the constitutional provisions under Section 17.

“Our humble submission is that the same provisions extending the quota in the national assembly be extended to local government. We appeal for a 30 percent quota,” said WILGF president councillor Idirashe Dongo.

Zimbabwe has 270 members of parliament, 210 elected through first-past-the-post basis while the other 60 seats were reserved for women through proportional representation.

Women are still pushing for 50-50 representation which President Mnangagwa however turned down Thursday when he told women councillors that it brings conflict.

“You are advocating that your representation at local government level should be improved but not through democracy. Currently our councillors are elected on the basis of democracy and you are now asking me to panel beat democracy to meet our needs rather than our needs to be met through un-panel beaten democracy.

“Fortunately, I am in agreement with you because I am aware that the most critical level of Government is the local government entities which run our communities at local level. However we must find a justifiable panel beatable democratic process which stands the test of time and I think we have it because we have applied this at the National Assembly where we agreed as political parties to implement gender protocols under the AU Charter and SADC Charter which require member states to progress towards a 50/50 gender equality.

“For that reason our Lower House had 210 seats which we decided should remain available to any citizens on the basis of first-past-the-post democracy. We then created 60 extra seats which we said these are dedicated for women and we became 270. So panel beating is democratic. Now you are requesting us to do the same for the local Government level. You requested for 30 percent, that is granted and I ask the Ministry of Local Government to begin the process,” said the President.

He however said a request by WILGF for crafting of a law that pushes political parties to field 50/50 representation was not practicable as it could bring any conflict.