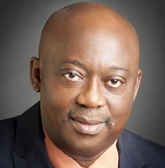 Royal Exchange Insurance Plc has announced the passing away of its Group Head, Corporate Communications, Mr. Austin Agbareh, which sad event occurred on Wednesday, November 20, 2013, in India where he was receiving treatment for an ailment. Agbareh was 56 years.

He joined the Royal Exchange family on April 6, 2010 as the Group Head, Corporate Affairs, the position he occupied until death.

For over 30 years, he has been closely associated with media, starting from Bendel Radio and Television, where he began his journalism career in 1981. At various times, he held both editorial and management positions in national newspapers, and as a consultant to several government ministries and agencies.

He was the editor-in-chief of the Groups’ in-house magazine, Royal News.

The late Austin Agbareh, is survived by his wife, four children and other relations.