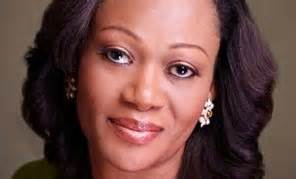 ABUJA, NIGERIA (AFRICAN EXAMINER) – A bill seeking for an Act to make provisions for federal grants to Lagos State in recognition of its socio-economic significance and other connected purposes on Wednesday led to a rowdy session on the floor of the senate even as it failed to sail through second reading.

The bill sponsored by Senator Oluremi Tinubu (APC Lagos Central), started experiencing trouble when senators opposed to it, submitted that it’s intendment for 1% Special grant from the federation account in the mode of 13% derivation being given to oil producing states, runs foul of the 1999 constitution as amended.

Specifically, Senator James Manager (PDP Delta South), in raising constitutional issue against the bill, said passing the bill by the senate, would amount to violating section 164(1) of the constitution which according to him states thus: “The federation may make grants to states or local governments, to supplement the revenue of that state or that local government, subject to such certain terms and conditions as may be prescribed by the National Assembly”.

He said based on the provision of the constitution, the National Assembly would have to put on ground, certain terms and conditions for requesting for such grants from the president to any affected states or local government on a template of intervention and not a permanent arrangement like the 13% derivation constitutionally provided for the oil producing states,

Therefore, to him, the bill, though very good on paper and appealing, but not passable by the Senate and by extension, the National Assembly.

But one of the Senators who supported consideration of the bill by the senate, Philip Aduda (PDP FCT), argued for similar consideration for the Federal Capital Territory, Abuja, a submission openly derided by the Senate Whip, Olusola Adeyeye (APC Osun Central), who described FCT as a “rotten pampered child”, in his argument in favour of the bill.

Angered by the remark, Senator Aduda and some other senators demanded for its retraction, which Adeyeye did upon order to that effect, by the Deputy Senate President, Ike Ekweremadu, who presided over the session

Tension created by Adeyeye’s remarks heightened further when he stated that FCT should not in any way be compared with Lagos, as far as tax revenues accruing into the federation account are concerned, making Aduda and some other senators to take him up again for retraction which he refused and thereby throwing the senate into rowdy session with many of the senators including Ekweremadu on their feet for about five minutes to restore order.

A situation that made the Deputy Senate President to quickly put passage of the bill for second reading into voice votes of the senators with those who shouted nays!, having it.

Earlier in her lead debate, Senator Tinubu said the bill aims to remedy the many problems faced by residents and visitors in Lagos by empowering the federal government to make provisions for economic assistance through grants as provided for under section 164(1) of the constitution of Nigeria 1999 as amended.

“The bill allows the grant payable to be determined by the President and Commander in Chief on the recommendation of the Governor of Lagos State with a proviso that recommends a modest amount not less than 1% of the share of the revenue accruing to the federal government”, she said.