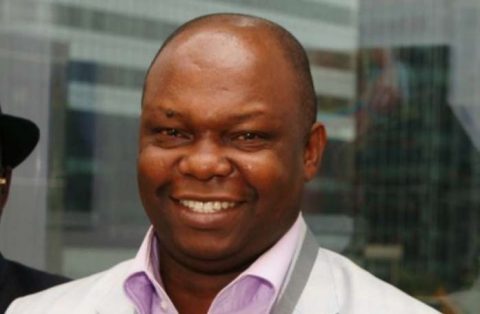 (AFRICAN EXAMINER) – The President of Senate Ahmed Lawan has dropped Dr Festus Adedayo, as his Special Adviser on Media and Publicity.

This was disclosed Thursday in a statement issued from Lawan’s office by his SA on Media and Publicity, Mohammed Isa.

“The office wishes Mr Adedayo the best in his future endeavours.”

Reports, however, have it that the decision might not be unconnected with pressure on the Senate leadership to do so following mounting criticisms from the All Progressives Congress stakeholders over the appointment.

Specifically, the conclusion to drop Adedayo was reportedly reached Wednesday night in a meeting by key officers of the Red Chamber.

The meeting was said to have held in the residence of President of the Senate, who was said to chair the session.

No sooner was the appointment of Adedayo, a PhD holder in Political Communication, was announced than outcry and criticisms started pouring in, saying he was unsuitable for the position due to his previous criticisms of Buhari’s administration.

NAN reports that a similar outcry is also trailing the re-appointment of four other media aides announced by Lawan to serve him – the aides served his predecessor, Sen. Bukola Saraki.