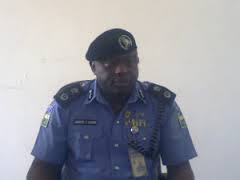 In the attempt to stop jungle justice, the Kwara State Commissioner of Police, Mr Ambrose Aisabor, on Friday ordered police officials to open fire on any group of people trying to set suspected criminals ablaze.

Aisabor gave the order while addressing reporters after the police rescued a sane man accused of being a mad man from a group of people trying to set the man ablaze.

The Police boss said that the order was as a result of rampant lynching of innocent people labeled mad men and kidnappers.

The lynching of innocent persons has become rampant after several persons thought to be mad confessed to being kidnappers in neighbouring State.

A man almost lynched, Ademola Olarewaju, told reporters that he escaped being lynched at Ganmo in Ifelodun Local Government Area and denied being a kidnapper

“I was buying a pair of slippers when I was attacked,” he said.

Lynching of suspected criminals, jungle justice, has led to the death of several persons in Nigeria.

One of such was the ‘Aluu Four’ brutal killing of four students of the University of Port Harcourt at Omuokiri Village, Aluu on Friday, October 5, 2012.

Nigerians condemned the killing and there have been calls that all that took part in the killing should be made to face the consequences of their actions.

The Police Commissioner’s order to his men, however, may not be justified by the rampant lynching to death of Nigerians who deserve Justice through court process and not jungle justice.

A rights group, Amnesty International, in a report in 2002, accused the Nigeria Police Force of human rights violations.

“There are allegations by national and international human rights organisations and the Nigerian press of excessive use of force, torture and cruel, inhuman or degrading treatment of suspected criminals and extrajudicial executions by the federal police,” the rights group said in the report.

The Nigerian police denied the allegations.

In another development, the Police in Ilorin also arrested 15 suspects allegedly wanting to set ablaze the family house of a chieftain of the All Progressive Congress in the state, Mr Kawu Baraje.

Parading the suspects caught in Ilorin, the state’s capital, Mr Aisabor, said that a distress call was received on Wednesday that hoodlums were about setting the family house of Mr Baraje, ablaze.

The police intercepted the hoodlums planning to burn down the house at Baboko area of Ilorin and it resulted in an exchange of gunfire that left three people injured and 14 vehicles damaged.

Several dangerous weapons were recovered from the suspects after they were arrested.

The police said it had started investigations into the issue to determine why the hoodlums wanted to burn the house.