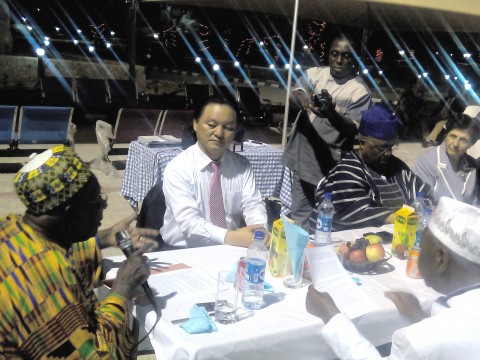 …As Tukur Moves To Link-Up With Korean Investors

For Nigeria to fully assume the status of Africa’s economic giant there is need for it to develop a functional transportation system, anchored on effective railway operation, a leading Korean activist has said. 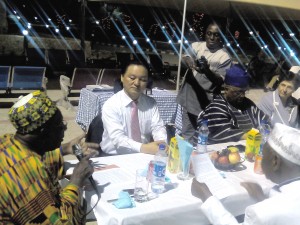 The activist, Dr Charles Yang who is the Chairman Universal Peace Federation made this known in Abuja on Tuesday when he paid the Chairman, Nigerian Railway Corporation, Alhaji Bamanga Tukur a visit.

He said the Federal Republic of Korea has a keen interest in offering expertise to help Nigeria develop its railway system.

He said being a good links person between Nigeria and Korea, he would personally facilitate connection between investors in the railway sector in Korea to help Nigeria lift up the standard in its railway sector.

Yang said,” Your populous nation needs an effective transportation system that can facilitate easy and affordable means of movement from one area to another.

“The Universal Peace Federation Global Highway Project for Peace has enabled us to have a wide range of contacts that can help the nation develop her railway system.

“We are desirous of supporting the Nigerian Railway Corporation to offer a contemporary railway system that will address unemployment, intra-country migration and transportation needs”

He added that with helps from Korea, Nigeria can develop an effective railway system with capacity to ferry large number of passengers from Lagos to Abuja in less than 3 hours.

The Korean also harped on the state of insecurity in Nigeria, worsened by acts of terrorism, most especially in the north-east zone of the federation, stating that UPF International was deeply concerned about the trend.

He said the International Peace Organisation had concluded plans to launch a Special Peace Education Programme in Nigeria meant to encourage Nigerians irrespective of their backgrounds to live together in peace and as brothers and sister.

Yang said Nigeria has a lot to learn from Korea which he said was a poorer country in the 60s with little economic potential unlike Nigeria.

According to him, “Today, South-Korea is the 11th economic power in the world, all happening in a short period of 40 years, and after implementing reforms that led to its revival.

“Within the period, Korea moved from very poor state to a leading economic power. Father Moon who founded the Universal Peace Federation was instrumental to the growth and development of Korea. Today, Korea is harvesting the fruits of his investments and many nations are going to Korea to learn.

Responding, the former Chairman of Peoples Democratic Party (PDP) commended Yang and his team on their initiatives and sacrifices which according to him they had deployed in the pursuit of peace for many countries of the world.

Tukur noted that the UPF had contributed immensely to the World Peace in Asia, Middle East, America and Africa, as he urged the international organisation to do more.