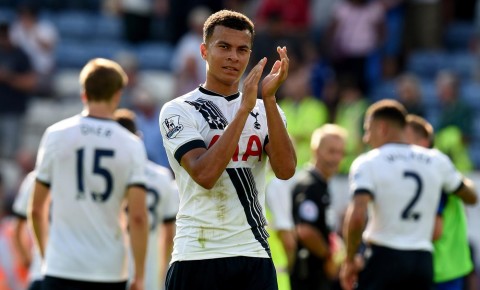 Dele Alli slotted in from inside the area and Toby Alderweireld headed home, before Erik Lamela’s sweet strike.

Anthony Martial drove straight at Hugo Lloris after a weaving run, to register the away side’s only shot on target.

Kick-off was delayed by half an hour as the United team bus was stuck in London traffic en route to White Hart Lane.

And they barely provided a threat in the match, taking until the 62nd minute to test goalkeeper Lloris and capitulating in the second period.