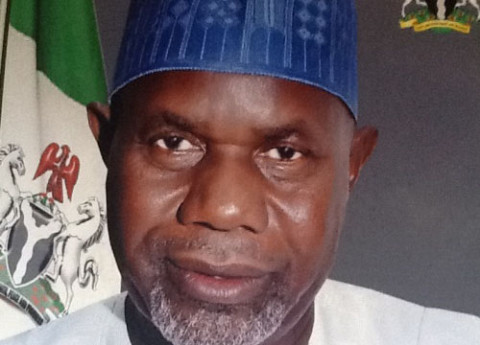 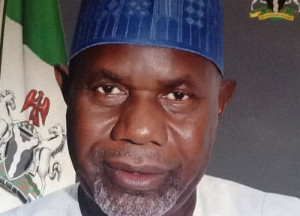 The Taraba state acting Governor, Alhaji Garba Umar, on Monday narrowly escaped death when his vehicle was involved in a road mishap along the Gombe/Bauchi Road.

Umar was said to be on his way to pay a condolence visit to Governor Isa Yuguda of Bauchi State over the demise of his sister last week when the accident occurred.

It was learnt that, some vehicles in Umar’s convoy collided with others on the convoy of the Emir of Bauchi, Alhaji Suleiman Rilwanu Adamu, at about 11.32 am at Shafuri village in Bauchi.

The acting governor however, escaped unhurt but of his entourage sustained injuries while about seven escort vehicles were vandalized.

Three of the damaged escort vehicles belongs to the Taraba State government while the others were on the Emir’s.

Some of the damaged vehicles had their registration numbers as TSGH 01 or Escort 1, Escort 2, Escort 3 and S. FADARI.

Confirming the incident, Umar’s Chief Press Secretary, Kefas Sule, said the accident was not a fatal one and the acting governor and everybody on the entourage survived.

Also speaking on the autocrash, the state Sector Commander of the Federal Road Safety Commission, FRSC, Mr Henry Olatunji said that only two out of the 16 persons that were involved in the crash, sustained injuries.