The Cabal Behind Emeka Mba’s Travails at EFCC 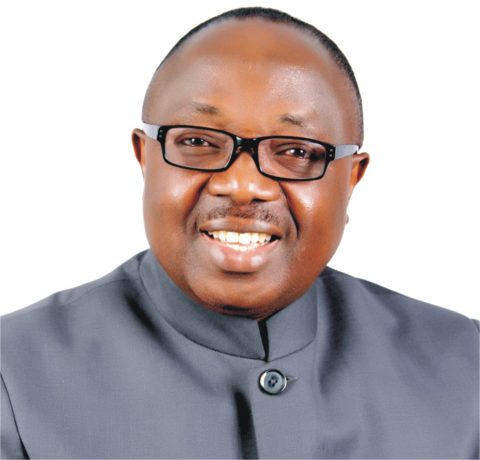 BALTIMORE, MD (AFRICAN EXAMINER) – What many people may not know is that there are certain persons who ganged up to see the ouster of Emeka Mba as DG of the NBC. The original scheme hatched by this group intent on the removal of Mr Mba ostensibly due to disagreements over his handling of the digital television switch over, and the utilization of the N34 Billion raised through the licensing of MTN to fund the DSO. Investigation has revealed that at the center of this plan is Sir Lucky Omoluwa, the chairman of Pinnacle Communications Ltd, an Abuja based security and communications company.  In fact, Sir Omoluwa has also secretly recruited willing accomplices within the EFCC, where some senior operatives involved on the case are helping him to achieve his objectives.

It is believed that the case against Emeka Mba was based on a fake petition written and submitted by Sir Lucky Omoluwa to President Muhammadu Buhari under the fictitious name of Okey Nwafor, a non-existent person, whom nobody knows or ever heard of in the broadcasting industry or even in the broader technology sector in Nigeria; who to date has not been invited by the EFCC to substantiate his petition, as is the normal procedure.  The petition by “Okey Nwafor” alleged that Mr. Mba not only hid N15billion naira government revenue from the Treasury Single Account (TSA), but also transferred same amount to five companies. This allegation has been investigated and found that the money was committed to the Digital Television Switch Over (DSO) and approved to be deposited as collateral in Zenith Bank, ahead of the TSA directive, as off taker guaranty for the supply of setup boxes, and other elements of the DSO as approved by the former President Goodluck Jonathan, and the former ministers of information.

When Mba was fired along with other so called “PDP moles” or “Jonathan DG’s”, the hope was that the matter would end there. However, more trouble was to come for Mr. Mba, when Sir Omoluwa and his gang heard that some concerned stakeholders were demanding that Mba be reinstated to complete the task of migrating Nigeria from analogue to digital broadcasting so as to achieve the digital switch over (DSO), especially as Mba was found to have committed no wrong doing after the lengthy investigation; they immediately extended the focus of the original petition to include other areas including, how the NBC under Mr. Mba secured approval to license MTN, and  the payment to the legal consultant who facilitated the licensing transactions.

It appears that Sir Lucky’s anger with Mr Mba goes back to 2014 few months after his company Pinnacle Communications won the bid for the second national digital broadcast signal distributor license from the NBC. The fact that Pinnacle won the license was indeed largely thankful to Mr. Mba’s insistence on transparency and due process, and against political interference by several powerful people in government at that time. Before the bid process began, the NBC received several security reports requesting the NBC not to license Pinnacle Communications, as it was linked to the APC, and its national leader, Sen Bola Tinubu, and would allegedly be used to control all broadcasting leading up to the 2015 general elections.  Sources within the Commission and close to the transaction, said that the NBC under the former DG insisted that all Nigerians regardless of party affiliation should be entitled to bid for the license, this was despite repeated attempts to sack the former DG for going against security reports. It took the intervention of former President Goodluck Jonathan who insisted that the NBC and the DG should be allowed to do their work as professionals that allowed the former to complete the licensing, which saw the emergence of Pinnacle as eventual winner.

Having won the license and dissatisfied with the condition of the license, Sir Omoluwa’s Pinnacle instituted a case in court against the NBC, the DG in his official and personal capacity, requesting the court to remove Mr. Mba from office as “unfit to hold office’; amongst other prayers. Since October 2014, Sir Omoluwa has been strident and has never hidden his intent to use all his political connections to remove Mr Mba, sponsoring several news reports and advertorials in several newspapers including some by one “Mr. Danladi, a media investor from Kaduna” and lately the General Manager of Nassawara Broadcasting Services.

Sources close to the NBC and the investigation say the real reason Sir Omoluwa is upset with the former NBC boss and is hell bent on persecuting Mr. Mba  is because of his refusal to cancel the digital pay TV license granted to Details Nigeria LTD, operators of the GoTV service in Nigeria. Details has been an MMDS cable tv operator in Nigeria since 1994, and is owned by Lagos lawyer and business man Adewunmi Ogunsanya, who is also the chairman of Multichoice Nigeria. According to sources, the pinnacle boss who despite not having a known digital broadcasting infrastructure of his own, had planned to take over the digital broadcast signal distributor business of GoTV.  It appears that the former NBC boss’ refusal to bow to his wishes is at the heart of this matter.  The interesting aspect of all this development is that Mr. Mba is being pressured to request Details to give up their digital terrestrial pay tv license in exchange for Mr. Mba’s “freedom” from persecution.

Sir Lucky Omoluwa, who had earlier failed to win in court in the law suit he filed against Mba and NBC, for allegedly undermining the license granted to his company Pinnacle Communications Limited, having suddenly discovered that the petition he invested heavily may come to naught, if Mba is reinstated as DG of NBC, mounted spirited pressure on the lead EFCC operative assigned to investigate Mr. Mba’s alleged N15 billion TSA diversion, Mr. Abubakar Madaki, to file criminal charges against Mba. The new target now is to get Mba arraigned in court to answer to some criminal charges, however trivial or baseless, with or without evidence, to put the final nail on the coffin of Mba ever returning to NBC as DG. Sources say that it appears that Sir Lucky has some kind of strange strong influence on Madaki and has even promised to facilitate his appointment as Chairman of EFCC, as he is confident Ibrahim Magu will not be confirmed by the senate.

This writer spoke to some NBC staff that are obvisouly sympathetic to Mr. Mba’s plight, and they expressed grave concern about Mba’s health and personal safety should Omoluwa’s cabal fail in their EFCC plan, that they may utilize other means.

The honourable Minister of Information and Culture, Alhaji Lai Mohammed recently reiterated his commitment to the national digital switch over, which when fully implemented is capable of creating thousands of jobs and revolutionizing the nation’s broadcasting, and entertainment industry.