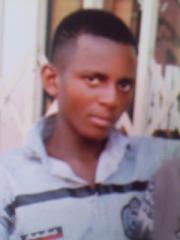 Ebere Amarizu, the state police public Relations officer PPRO, who disclosed this to African Examiner Thursday in Enugu, gave names of the  suspects to include Ferdinand Nwoye, the ESWAMA team leader, one Egbosimba, and the driver of the bus used in perpetrating the evil act , Afam Agu.

The Command’s spokesman said they are being interrogated by the operatives of the homicide section of the state criminal and investigations Department of the command.

He disclosed that two other members of the team are still at large, adding that the police have lunched a manhunt on them.

The arrested persons according to him are now helping the operatives in their further investigations., he stated

African Examiner recalled that the deceased Chidiebere Ede was allegedly murdered on April 8, 2014 by men suspected to be staff of Enugu state West Management Authority having been allegedly beaten him to a stupor by the personnel when he went to dispose waste in the early hours of that day.