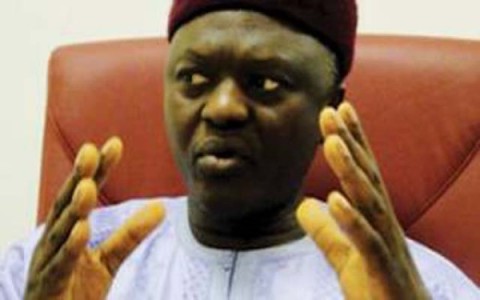 As the battle for who to replace Governor Jonah Jang begins to heat up, posters of Senator Victor Lar, a current serving senator representing the Southern Senatorial zone, are pasted all over Jos City and Environs as an aspirant for the governorship seat.

Lar is a force to reckon with, but has remained quiet since his election to the national assembly in 2011.

His silence, is unconnected with the advice given to him by political heavyweights in the State, to maintain his silence while quietly working underground to build structures that could be used in the realization of that mandate in 2015.

Be that as it may, “silence”, like they say might not be golden’, so his silence at the national assembly may count against him.

However last week, there was a gathering of PDP heavy weights from the zone in Shendam LGA, which is the headquarters of the zone.

The Chairman of Shendam LGA, Comrade Nicholas Nshe during the occasion said, “Anyone aspiring for the number one seat in the State and is not present at the gathering should forget about it, as their absence shows theyare not with the people of the zone.