When the Goat Claims Same Paternity with the Sheep, By Owei Lakemfa 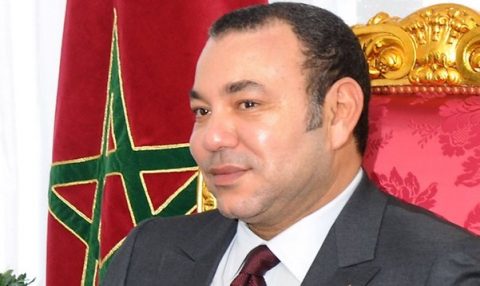 (AFRICAN EXAMINER) – Morocco, the North African kingdom is noted for its tantrums, rascality and general disregard for  human rights, international norms and conventions. An attempt by sister African countries like Nigeria to convince the kingdom to respect the independence of its smaller neigbour, Western Sahara  led to Morocco storming out of the African Union (then the Organisation of African Unity) and returning like a prodigal son only after 35 years. But even the foregoing, did not prepare me for its application to join the Economic Community of West African States (ECOWAS)  when it knows, it is not a ‘West African State’

Ordinarily, a spoilt brat with his fits of temper, outburst and irritabilities   can be allowed to play out his pranks; this was what we would have expected the ECOWAS leadership under President Ellen Johnson Sirleaf  of Liberia to do. But in a shocking move, rather than throw the application into a trash can, the ECOWAS considered Morocco’s application!  I do not expect anything better from 79-year old President Sirleaf who is not friendly with  principles, but what about the other leaders in the Community? So rather than West Africans grappling with the challenges of economic prosperity, mass employment, democratic culture, security, full integration and  development, they are being diverted by a divisive application whose politics are unclear but destructive.

It is basic knowledge that the African Union, for accelerated integration and  development, divided the continent into five Regional Economic Communities; West, East, Central, South and North, and common sense tells us that Morocco belongs to North Africa. So, its attempt to join ECOWAS indicates mischief, and that its backers outside the continent are likely to be playing the music it is dancing to.

The ECOWAS Treaty  states  explicitly  that “The aims of the Community are to promote co-operation and integration, leading to the establishment of an economic union in West Africa” So how does a North African country fit into this? Will we because of Morocco rewrite our  Treaty? Or will our leaders redraw the world map to relocate Morocco to West Africa?  It is as absurd as that.

I know there are those who hope to get crumbs from the wealth Morocco is flaunting, but as we say in Nigeria, you do not because you want to eat beef start addressing and treating the cow as your elder brother. The geo-political and geo-strategic distance between the Mediterranean Sea where Morocco is naturally situated, and the Gulf of Guinea  where West Africa is located, makes the whole arrangement absurd.  What is Morocco’s interest in the  Gulf of Guinea?

An hungry academic, Omorou Toure, a Professor of Law of  the University of Bamako, Mali is circulating  a paper on internet, justifying  Morocco’s possible admission. He wrote: “Economically, ECOWAS is the Kingdom’s best sub regional opportunity … It offers Morocco a market of 320 million consumers for a gross domestic product of 700 billion dollars.” If this were a sensible argument, then it is Britain, China  or United States that should apply and be accepted for ECOWAS membership not Morocco which is living off the looted resources of the Saharawi people.

It is not that Morocco is an orphan; it belongs to the Arab Mahgreb Union (AMU) which was established in Marrakech, Morocco 28 years ago. Also, the headquarters of the AMU is in Rabat, the Moroccan capital. But due to Morocco’s quarrelsomeness, the AMU has been unable to hold a high level meeting for nine years now. The country has the Atlantic Ocean on its western borders and the Mediterranean Sea to the north. Of its two  neigbours, it is illegally occupying Western Sahara to the south and has no friendly relations with Algeria, on its eastern border.

Apart from this indicating the character of the country, it also  casts doubt whether it can abide by the ECOWAS basic Non-Aggression Principle. If Morocco had helped  build AMU as Nigeria did  building ECOWAS, we may be talking  today about ECOWAS-AMU cooperation  and not about accommodating Morocco’s wandering spirit.  Admitting Morocco will be like the English trite: ” One bad apple spoil the bunch’ Morocco has the capability and propensity to bring the ECOWAS group down.

A basic principle of ECOWAS is democracy and its promotion. It almost invaded Gambia in January when President Yahya Jammeh initially declined to hand-over power  after losing elections. The ECOWAS Treaty takes democracy as an article of fate. In its  Declaration of Political Principles adopted in Abuja on 6 July, 1991, ECOWAS pledged itself: “to promote democracy in the sub-region on the basis of political pluralism” In contrast, Morocco is run by a monarchical dictatorship. The Monarchy has been in place since 904 AD while the current Alaouite Dynasty has been in power for 351 years now. If Morocco were to be admitted, will ECOWAS exempt it from abiding by its Treaty and Principles, or, since the Monarchy will not self-destruct for democracy, will  it convince ECOWAS States to go monarchical? Matters are as absurd.

For 45 years now, Morocco has rejected the AU recognition of Western Sahara as a free country. For 42 years, it has defied the ruling of the International Court of Justice (IJC) recognizing the right of Western Sahara to independence. For 35 years, it has blocked the United Nations decision to hold a referendum in Western Sahara. I have no doubt that it will not recognize the powers of the ECOWAS Court were it to make a ruling.

Nigeria which under then General Muhammadu Buhari stood against Morocco’s kleptocracy by recognizing Western Sahara, today, has the duty of rescuing ECOWAS from Morocco. We have invested too much in ECOWAS and made so much sacrifices including Nigerian lives (under the  ECOMOG Military intervention force) that we cannot allow Morocco to destroy what we have built.

Morocco is like a goat insisting that it is a sheep, forgetting that while goats are browsers, eating leaves, vines and twigs, sheep are grazers eating short grasses. While the goat, like Morocco, is a stubborn loner, the sheep prefers flocking; keeping the family together. This is not to say we do not belong to the same African family  or that a united states of Africa is not desirable. Rather, it is to state emphatically, that Morocco endangers integration and unity.