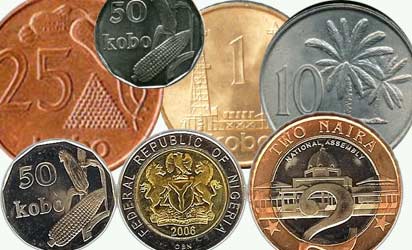 The Central Bank of Nigeria has said that the low purchasing power of the coin as opposed to other currency denominations was a major reason for its limited circulation. 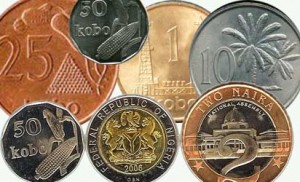 The acting Governor, CBN, Dr. (Mrs) Sarah Alade, disclosed this on Thursday during a school mentoring programme on financial literacy for students of the Model Secondary School, Maitama, Abuja.

The event is part of activities to celebrate the Global Money Week, which is an awareness campaign that takes place between March 10 and 17 every year to engage children globally in learning the concept of savings and investment.

Responding to a question asked by one of the students about the reason for the scarcity of coins, Dr. Alade, said despite their limited circulation, the central bank still regarded them as legal tenders in the country.

She said the bank was working on some initiatives that would encourage the use of coins by Nigerians.

One of such initiatives, according to her, is the planned introduction of vending machines that will make coins their major source of transaction.

Alade said this could only be possible when the currency restructuring programme, which was put on hold by President Goodluck Jonathan following protests by Nigerians, took off.

She said, “We still have coins but coins cannot really buy much. If I give you one kobo now, what can you buy with it? Nothing.

“Sometimes, even 50 kobo can’t buy much and that is why we are hoping that very soon, we will be able to have a vending machine so that we can have coins so that people can be able to buy things.

“When we do the new currency, which we want to do, we will be able to integrate coins and be able to use coins for other things. So, coins are still legal tenders in the country.”

Alade also advised the students to imbibe the culture of savings and investment, adding that majority of banks had developed products for children.

In the same vein, the acting CBN Governor counselled students to imbibe the culture of saving and investment in order to entrench robust personal financial independence in future.

She said it is always safe to save money in banks rather than under their pillows as such would not only ensure the safety of their funds, but also enhance financial discipline on their part.

While introducing the school children to the various aspects of the Nigerian financial sector, the Acting Governor, a former lecturer herself, encouraged them to always prepare for the rainy day, even as she pointed out the risks involved in investments.

Similarly, the Deputy Governor of the CBN in charge of Corporate Services, Alhaji Suleiman Barau, led some top staff of the Bank to the Government Science and Technical College, Garki, Abuja, where he taught financial literacy to students of the school.

Recalling that the last time he taught was in 1981 in Jos, Plateau State, as a member of the National Youth Service Corps (NYSC) scheme, Barau emphasized the importance of financial literacy to the economic well-being of the Nigerian child and youth.

“Beyond learning technology and science,” he stressed that “students should learn financial literacy,” adding that “economics is common sense made simple”.

Fielding questions from the students, the Deputy Governor used the opportunity of the session to expatiate on the Bank’s cash-less policy and financial inclusion, emphasizing that the Bank was determined to ensure more Nigerians use other payment channels in order to reduce emphasis on cash.