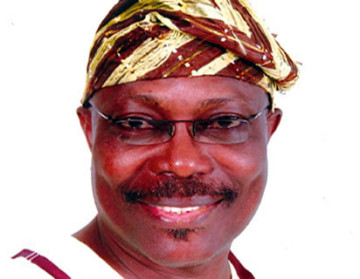 Cross section of Nigeria youths have described comments attributed to two of the delegates at the ongoing National Conference delegates Moshood Salvador and Senator Adefuye  on jumbo pay as unpatriotic, provocative and reckless. 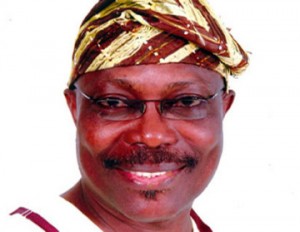 Moshood Salvador and Senator Adefuye earlier this week dismissed the popularly held opinion that he and his colleagues were being paid jumbo allowances.

Salvador disclosed that he has spent more than N3million to engage professors as researchers to facilitate his work at the conference.

The former member of the House of Representatives also accused his co-delegates; Serving Overseer of the Latter Rain Assembly, Pastor Tunde Bakare; a former President of the Nigeria Bar Association, Olisa Agbakoba, and human rights lawyer, Femi Falana  of playing to the gallery for rejecting the confab allowance.

Salvador explained that since the conference began, he had spent more than the bi-weekly allowance of N1.5m for employing aides and researchers including professors to enable him to perform optimally at the confab.

The former lawmaker, who served between 1999 and 2003, said he decided to employ the services of the professors whom he declined to name with a view to “getting the best formula for Nigeria.”

He said, “It is only when we don’t love this nation that we will be talking about money. On the issue of jumbo pay, I don’t know anything about it.

“Those saying they are going to donate that allowance to charity are only playing to the gallery. I have spent more than N3m on this cause (National Conference). I’m not waiting for government money.

“I have rented an apartment of about N800,000 a month. I have employed the services of a media team, researchers and they are there in my private office in Wuse, Abuja, conducting research and surfing the web to get information.

“In fact, I don’t want to mention professors that we are working together with to make sure we get the best formula for this nation. This money is from my pocket, not from anywhere. At my level, that’s not jumbo pay. I don’t even think about it.”

Senator Anthony Adefuye on his own part described the jumbo pay allegations as an exaggeration.

He said the bi-weekly N1.5m allowance could hardly take care of his needs.

However, Speaking on the Jumbo pay, Isaac Fasatire, an Ilorin based youth said the comment attributed to the delegates clearly shows majority of the delegates are in Abuja to make money.

His words; ” Their justifications for the jumbo pay baffle me. Look at Senator Adefuye claiming to be spending N67,000 naira on hotel accommodation when he have his own house in Abuja. These people are not patriots; majority of them would have turned down their nominations if Federal government does not make provision for allowance.

“I don’t expect something meaningful from the conference. They are already seeking for extension of the conference in less than three weeks into the Confab.”

Ope Adebayo, Student of History at University of Ilorin, said the past conferences have not solved Nigeria problems, adding, “this one is another jamboree.”

He said:”Adefuye and Salvador comments are not strange, they are used to receiving jumbo pay as legislators and the conference allowance is like a chicken change to them.