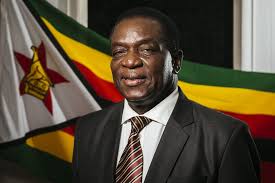 (African Examiner) – Zimbabwe President Emmerson Mnangagwa has made four appointments to his Cabinet to replace ministers who succumbed to Covid-19 last month.

One of the appointments is the country’s ambassador to United Nations Dr Frederick Shava who replaces the late Ministry of Foreign Affairs and International Trade, Sibusiso “SB” Moyo.

Zimbabwe lost ministers and high ranking government officials in a row as the country was hit by a new Covid-19 variant believed to have spread from South Africa.

appointed the following ministers and deputy ministers of government. In terms of Section

157(1) (d) (i)(ii) the President has appointed Dr Frederick Shava, Zimbabwe’s ambassador to the United Nations, New York, as Minister of Foreign Affairs and International Trade. The

appointment of Dr Shava take effect upon issuance of an appropriate Gazette as Senator for the Midlands Province,” said Dr Sibanda in a statement.

The late Minister Moyo was also from Midlands province.

A section of Zimbabweans is however livid about Ambassador Shava’s appointment, basing their arguments on the fact that he was once convicted to nine months in the 1988 in a Willowgate motor scandal where he and other ministers were accused of buying cars and reselling them at exorbitant prices.

Felix Mhona, a legislator was appointed to replace Transport and Infrastructural Development

Ellen Gwaradzimba who was Minister of State for Manicaland and died of Covid-19 also last month was also replaced by Nokuthula Matsikinyeri.

All the ministers who died in January were declared national heroes and buried at the national Shrine.

The appointments, which also included some deputy ministers, come at a time when yet another

army general Major General Douglas Nyikayaramba (64), who was one of the generals together

with Paradzai Zimondi, SB Moyo and Perrance Shiri who are all late due to Covid-19, who led a

coup that toppled former President Robert Mugabe in 2017 died on Tuesday from Covid-19.