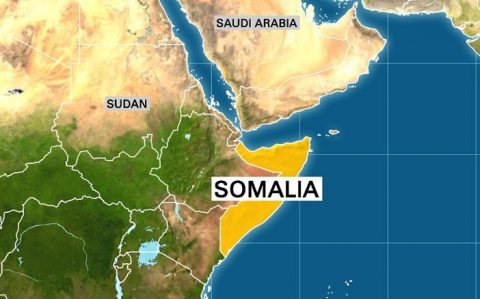 (AFRICAN EXAMINER) – At least three persons were killed and seven others injured in a suicide car bombing in Somali capital Mogadishu on Wednesday, a government official confirmed.

“Three people were killed and seven others injured in suicide bombing outside Blue Sky restaurant,’’ Omar said in a brief statement.

Witnesses said the suicide bomber blew up himself outside the restaurant near the heavily fortified presidential palace in Mogadishu.

The latest explosion came after a security warning of an imminent terror attack in the restive capital.