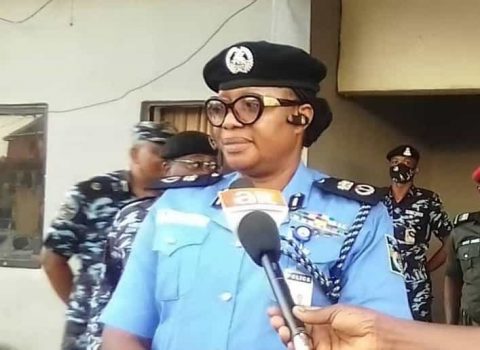 (AFRICAN EXAMINER) – The Commissioner of Police in Abia, Mrs Janet Agbede, has ordered investigation into the activities of Insp. John Onunaku, a police officer recently harassed over alleged illegal arrest.

Agbede said in an interview with the News Agency of Nigeria (NAN), in Aba on Monday that the investigation became necessary to unravel the circumstances behind the officer’s harassment.

It would be recalled that Onunaku was recently attacked by members of the public at the premises of Christ the King Cathedral, Aba.

The police commissioner said that the inspector had already been posted to a police division outside Aba saying, “he no longer has any business in Aba.”

Agbede said the investigation would enable the police to uncover Onunaku’s intention for visiting the church premises.

She said that the officer ought to have relinquished all pending duties in his former division in order to effectively handle new responsibilities in his current office.

“He should have handed over every pending investigation in Ndiegoro Police Division; he is currently posted to another division in Isuikwuato.

“The investigation will find out what led to his harassment, it will also uncover his reasons for refusing to report to his new place of work.

“Although he is claiming to have tracked a suspect to that location, a thorough investigation is needed on the matter,” she said.