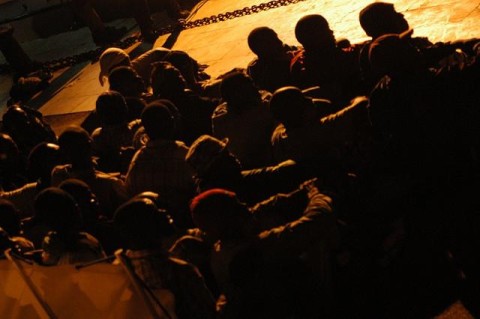 At least 27 people died when a boat carrying more than 200 migrants capsized in the Mediterranean, Malta’s prime minister has confirmed.

Italian and Maltese ships – backed by helicopters – were scrambled to the scene and are searching in darkness.

The boat capsized 120km (70 miles) off Lampedusa, an Italian island where more than 300 African migrants drowned when their vessel went down last week.

The vessel is believed to have encountered difficulties just before sunset.

Reports said people on board had crowded to one side of the boat, causing it to capsize, as they tried to get the attention of a passing aircraft.