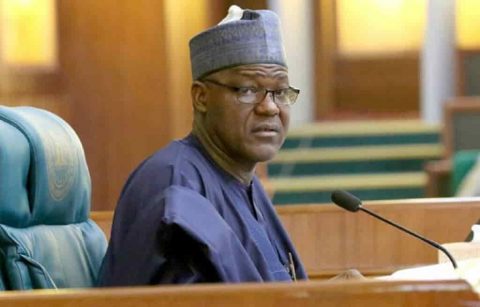 Photo: Former speaker of the House of Representatives, Yakubu Dogara

(AFRICAN EXAMINER) – The Bauchi State Commissioner for Commerce and Industries, Alhaji Mohammmed Sadiq says he has resigned his appointment.

Sadiq said in his resignation letter a copy of which was made available to Journalists Thursday in Bauchi, that he resigned voluntarily.

“It is a rare privilege and opportunity to have served my state in such an exalted position.

“I thank the Executive Governor, Bala Mohammed, for the wonderful opportunity accorded to me.

”In the same vein, I must appreciate my boss, Yakubu Dogara, for his usual support and the role he played in influencing same,” he said.

Sadiq said he worked with his colleagues in the Executive Council (EXCO) and the ministry as a formidable team.

He said he enjoyed the understanding of his family at such a trying time to take the decision.

The reason for his resignation may not be unconnected with the ongoing political rifts between the state governor, Bala Mohammed and the Ex-speaker of the House Representatives, Yakubu Dogara.

Recall that Dogara recently decamped from his party People’s Democratic Party (PDP) to All Progressives Congress (APC), a development that has pitched him and his supporters against the Bauchi state government.

Sadiq, however, said: “I beseech God to forgive all my wrongs and the general public and colleagues to pardon me.

“I urge you to help me, pray God to grant me success, contentment and peace of mind in my new endeavor.”