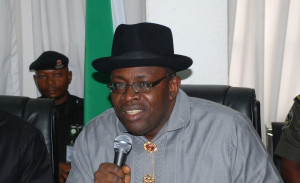 Also, it added that the institution when completed, would be managed by the Polish Government to enable it recoup its 60m euros Development Support Facility released for the project.

Dismissing the claim that the fund is a loan facility, the State Commissioner for Finance, Duate Iyabi in a statement made available to newsmen in Yenagoa, said it was a Tied-Aid-Credit from the Polish Government.

The commissioner noted that the issue was raised during a bilateral meeting between President Goodluck Jonathan and the visiting Poland President in Abuja recently.

Noting the economic benefits of the Academy not only to the state but the entire country as a whole, the Federal Government gave its support.

Allaying the fear over the repayment of the DSF, the commissioner said the project is structured to generate sufficient cash flows to meet future repayment of principal and also to cover operational costs, and this has been the basis of discussion with the Polish Government.

According to him, “our involvement with the Polish Government is to ensure that appropriate structures of international standard are put in place to enable the school run professionally devoid of government bureaucratic excesses and to reposition Bayelsa and Nigeria as a maritime nation.

Other benefits as listed by the Commissioner includes; employment opportunities and foreign exchange earnings.

According to him, Bayelsa youths will receive training in the school to enable the State dominate the profession Sea Farers and other maritime specialists to the maritime Industry in Nigeria, West Africa and participate actively in the International Maritime arena.