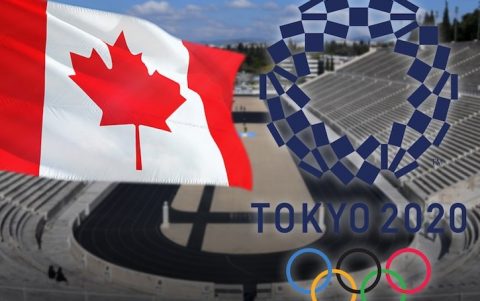 (AFRICAN EXAMINER) – Canada became the first country to boycott the Tokyo Games due to the coronavirus pandemic.

Australia also told its athletes to prepare for an Olympics next year as Japan and the IOC flagged the prospect of a postponement for the first time.

Opposition to holding the Games in July rose sharply over the weekend with major stakeholders such as U.S. Track and Field and UK Athletics, along with some national Olympic committees, calling for a delay because of the pandemic.

Canada’s Olympic and Paralympics Committees raised the ante considerably, however, when they said they would not be sending athletes to Tokyo if the Games went ahead as scheduled.

Under mounting pressure to postpone the Games, the IOC and Japanese government had on Sunday and Monday had only partially shifted their position that the Games would go ahead as planned.

Martin Richard, communications chief for the Canadian Paralympics Committee, said the Canadians had been watching for a decision from the IOC on Sunday about postponing the Games and decided to withdraw when none came.

“The world is facing a crisis and this is more important than any other sport event,” Richard told Reuters from Ottawa.

“We decided that was the right thing to do.”

Richard said for Paralympics athletes, some of whom had underlying conditions, it would be risky to expose them if the virus was not contained.

“We felt it was unethical to have them be put in that position,” he said, adding that Canada had not been alone in applying pressure on the IOC to postpone.

More than 14,600 people have died globally since the coronavirus outbreak began.

On Sunday, the IOC said it would hold discussions over the next four weeks that would include an option of putting back the July 24 start date or even moving the Games by a year or more.

Japanese Prime Minister Shinzo Abe told parliament on Monday postponing the Olympics may become an option if holding the Games in its “complete form” became impossible.

“If that becomes difficult, we may have no option but to consider postponing the Games, given the Olympic principle of putting the health of athletes first,” he said.

Abe also said calling off the Games entirely was not an option, echoing the IOC position in its statement that cancellation “was not on the agenda”.

Tokyo 2020 Olympics Chief Yoshiro Mori later said organisers would consider postponement as one of many scenarios they aim to have ready in the next four weeks.

There were no plans to change the start of the Olympic torch relay on March 26, organisers said. (Reuters/NAN)