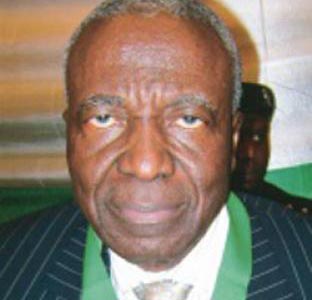 Debate, comments and opinions on the Presidential speech as a footpath to issues and decisions continued on Tuesday at the on-going National Conference holding at the National Judicial Institute in Abuja.

Moderated by the Conference Deputy Chairman, Professor Bolaji Akinyemi, most of the delegates described the President’s speech on March 17 at the inauguration of the Conference as agenda-setting on issues to be discussed and the outcome Conference.

Delegates however observed that beyond the letters of the elegant speech lies the responsibility of translating the words into action for the benefit of Nigerians so that the report of the current Conference will not go the ways of others.

Some of them said the timing of the Conference was apt; coming on the heels of Nigeria’s centenary as a country because it would create opportunity to reflect on the last 100 years while planning for the next.

Mrs. Temitope Ajayi described the Conference as historic, “coming as Nigeria celebrates one hundred years of existence as one entity.

The courage exhibited by Jonathan in convening the Conference despite stiff opposition and criticisms by political opponents also formed a part of the comments made by delegates on Tuesday.

Dr. Amos Akingba said delegates must justify such show of courage by the President by ensuring that issues that would stabilize Nigeria occupy everybody’s mind and not ethnic interest.

A retired civil servant, Akin Arikawe, said the convocation of the National Conference by Jonathan despite threats and warnings by certain Nigerians was a demonstration of the President’s confidence in the outcome of the Conference and urged delegates not to frustrate that hope.

Former Information Minister, Professor Dora Akunyili, observed that it has taken more than political will for Jonathan to convene the conference which she said Nigerians have long clamoured for. She said the Conference was a centenary gift to Nigerians.

Elder statesman, Chief Richard Akinjide, SAN, described Nigeria as the leading country in Africa and asked Nigerians to “stop being demolition contractors, let us be building contractors” so that Nigeria can become “the greatest republic in Africa.”

Former Minister of Petroleum, Professor Jubril Aminu, said based on issues identified by the President for discussion, he hoped the 2014 National Conference would be the last of such conferences because it would help strengthen the constitution and make it better.

Mrs. Brenda Akpan, a journalist, said the centre-piece of the speech was that of inclusion as against the practice of exclusion and current discrimination against women, children and the disabled.

She said the Conference must ensure that every Nigerian has a sense of citizenship, demanding that “we must create space for their participation in governance.”

While some delegates hammered on the issue of drafting a new Constitution for the country, others said the Conference lacked any legal backing to embark on such an enterprise; and that only President Goodluck Jonathan who convened the Conference will decide on what to do with the report.

Former Governor of Akwa Ibom State, Obong Victor Attah, in his contribution, said Jonathan’s speech clearly identified the problems with Nigeria and the challenges before the Conference not only in discussing the problems but in proffering functional solutions to such problems.

He said for so long, Nigerians have imprisoned themselves in the north-south divide explaining that these differences and disparities have always been there, adding: “we may not be able to remove them, but we can make them irrelevant and ineffective.”

Robert Audu said it was time for Nigerians to stop “blaming our leaders for our woes, rather, we should now find solutions to these problems,” explaining that it was for such reasons that the Conference was convened.

Some of the delegates, like Chief Sergeant Awuse, said Nigeria as a country has no insurmountable problems but that the system it operates has not allowed ideas to become realities.

Bishop Felix Ajakaiye said the problem of Nigeria was not for lack of ideas towards solution but the lack of political will to implement such ideas. He urged the delegates to use their God-given talents to redeem the country by making the best out of the Conference.

Isa Ajiya told the delegates that the beauty of the President’s speech would only achieve its purpose if they reason together as Nigerians, not as northerners or southerners, not as Muslims or Christians, adding “at the end, Nigeria will shine again.”

Describing the speech as a summary of impediments that must be cleared for Nigeria to grow and “delivered confidently and convincingly” Olaniwun Ajayi said Nigeria has remained a country blessed with talents but “where the best is yet to happen.”

Nike Akande in her comments said she was more concerned about Nigeria’s march towards rapid development; a situation she said would justify Jonathan’s expectation in the Conference which she described as a “landmark journey that will make us proud as a nation.”

In the same vein, Chief Femi Akande said with the elegant speech “full of candour” it was possible to see a stronger and more stable Nigeria arising from the Conference if the delegates remain committed and focused.

Olusola Akanmode demanded of the Conference to make suggestions for inclusion in the constitution regarding the need for timeline on deadlines for submission of budgets by the executive and passage by the lawmakers at all levels of governance.

Based on the President’s speech, retired Justice Peter Akere said delegates must thoroughly examine why institutions worked effectively in the past, even under colonial administration, particularly in the areas of anti-corruption, revenue and infrastructural development but collapsed thereafter.

Felix Akhabue was of the opinion that the outcome of the Conference must clear the polity of mindsets of the past so that the country can move forward; adding that a deliberate decision by Nigerians to accommodate each other beyond ethnic lines would serve as the starting point to the greatness of Nigeria.

Former Police Chief, Bashiru Albasu, lamented the poor security situation in Nigeria from the far north to the deep south and urged delegates to view it as a matter of urgent national importance.

Former Chairman of the Peoples Democratic Party, Dr. Ahmadu Ali, said the speech delivered by the President should serve as a guiding principle to the Conference; he described it as a speech from the heart of someone who loves Nigeria.

Ambassador Adamu Aliyu told the delegates that Jonathan’s speech was monumental and indicated no hidden agenda.

Esther Andrew, a delegate living with disability, pulled the crowd to applause when she called for special attention to the plight of the disabled in the country and thanked the President for making them a part of the Conference.

She said the negative attitude of the society towards the disabled was not in the nation’s interest, adding: “we don’t need sympathy, we need empathy, we need support, we want to go to school,” although she said most of the educational institutions in Nigeria are not disabled-friendly.

When the Conference resumed in the afternoon, the issue of religion surfaced as two Christian leaders, Bishop Joseph Bagobiri and Pastor Emmanuel Bosun painted pictures of constitutional issues that have created the impression that Nigeria has a state religion.

In conclusion, Bagobiri said the conference must right what is wrong about the 1999 Constitution and that except the inconsistencies smuggled into the constitution were addressed, “then what we are doing here will not bring equity to all Nigerians. We should respect the sanctity of the secularity of the country.”

Bosun, whose contribution attracted a Point of Order which was over-ruled, said Nigeria was daily producing widows and orphans in their thousands because religion has become a manipulative tool used to cause destruction and that there was need for the Conference to take a critical look at the 1999 Constitution.

An environmental activist, Nnimmo Bassey, said Jonathan’s speech was a call for the delegates to remember they are in a conference to reconstruct Nigeria and that delegates need to bury their pettiness and look at issues that would make life better for the citizens.

Tunde Bakare said, “The President has made plain his expected outcome of this Conference. If our expectations are different from his, then we are in a jamboree. It appears Mr. President knew his onions and laid them bare that the greatest problem facing Nigeria today is the issue of governance.”

Former Governor of Bayelsa State, DSP Alamiyeseigha, described the President’s speech as revolutionary and statesmanlike because it captured issues that have bedeviled the country since its amalgamation in 1914.

For Mariam Jummai Bello, the problem of Nigeria lies with the women who have refused to bring up their children in a manner that would ensure respect for the law and focus on character development.

Although Conference Chairman and former Chief Justice of Nigeria, Justice Idris Legbo Kutigi had placed embargo on clapping, Bello’s contribution was heavily applauded when she accused women of pushing their husbands to engage in corrupt act as a short cut to luxurious living.