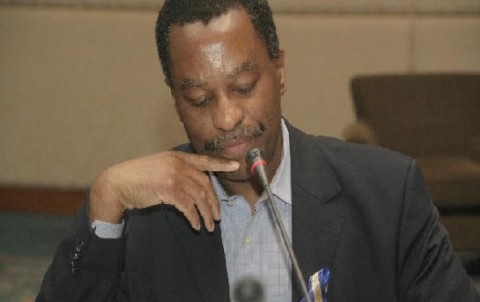 (AFRICAN EXAMINER) – Following refusal of seven members of the Enugu state Chapter of the All progressive Congress APC, loyal  to Nigeria’s Minister of Foreign Affairs, Mr. Geophery Onyeama, to withdraw their cases in court against the party as directed by the national Secretariat, the  party’s top leadership has begun process of slamming suspension on the erring members.

The state Chairman of the party, Dr. Ben Nwoye, who disclosed this to newsmen Tuesday in Enugu, while announcing a  3-man disciplinary Committee headed by the Enugu East zonal Vice chairman of the party, Chief Anike Nwoga, as directed by the National Secretariat, assured that the seven concerned members will be given a fair hearing.

He said it would be recalled that the National Executive Committee (NEC) of the party, had on the 25th, of June 2020, passed a resolution, directing all its members across the country not to institute any court action and to withdraw pending cases in court in other to explore its internal conflict resolution mechanism, “but unfortunately, the seven Enugu members flouted  the instruction.”

The seven erring members led by one Deacon Okey Ogbodo, who is laying claim to the leadership of the party in the state belongs to the Foreign Affairs Minister’s group that have been opposing the Dr. Nwoye’s led executive since after the last state Congresses, and had refused to withdraw the pending case they filed at the Federal Court of Appeal Enugu, against the national leadership of the APC and the Dr. Nwoye, led Executive.

National leadership of the party in a letter dated 14th, October 2020, signed by the Head, legal Services Barrister, Dare Oketade, on behalf of the national legal Adviser, addressed to the Enugu state Chairman, Dr. Nwoye, and copied to the state Legal Adviser, Barrister Benjamin Nebe, explained that  the development is because the erring members refuse to obey the directive of the APC National Executive Committee (NEC).

Nwoye, who made copies of the  APC legal adviser’s letter available to newsmen during the briefing, said several efforts by him and members of the state (Exco) to convince Ogbodo, to see reasons why he should back out of the litigation hit the rock, as the Minister’s ally vowed not to withdraw the suit in court.

Tilted: “Resolution and Directive of the National Executive Committee on Litigation by party members”: Disciplinary Action Against Erring Members, the letter said, “the National Caretaker Committee finds it worrisome that despite the directive of NEC, and the subsequent steps taken by the party to ensure compliance, there have been a number of court cases by party members seeking for the dissolution of the Caretaker Committee/State congresses in complete disregard of the directive of NEC.

“The leadership of the party has decided to invoke the provision of Article (21), of the party’s constitution against its members in your state chapter who flouted the directive of NEC.

“In light of the above, and in furtherance to your letter dated 18th, August, 2020, wherein, you identified some members of the party in your state chapter who flouted the directive of NEC, whose names are as follows: Deacon Okey Ogbodo, Barr. Chike Omeje, Rufus Nwagu, Rev. Onuora, Ndubusi Ani,  Chinedu Okosisi and Nonye Okoro.

“I am directed by the Caretaker Committee/Extra – Ordinary Planning Convention Committee to instruct the relevant Executive Committee in your state chapter to immediately set up a disciplinary Committee to commence, and complete the process of suspension of the above mentioned members from the party” the letter further stated.

According to the document, “You are expected to forward to the national Secretariat all records of the disciplinary proceedings against them, for disobeying the directive of the national Executive Committee  issued on the 25th, of June, 2020, by the relevant Committees for ratification by the Caretaker Committee.

The letter also requested that a copy of “same should also be made available to the legal Services department of the party, stressing that the assignment must be undertaken in line  with right to fair hearing as enshrined in the party’s constitution.

“Also note that the state legal Adviser is expected to be part of every proceedings so as to give legal guidance, and this disciplinary exercise is expected to be completed and records sent to the party within 19 days from the receipt of this letter.

Our Correspondent reports that while the state legal Adviser, Barrister Ben  Nebe is to serve as Secretary of the Committee, the Chairman of Oji River local government Area of APC, Chief Benson Eze, is to serve as member.