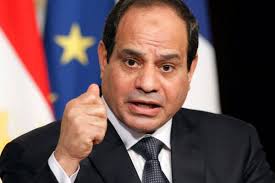 (AFRICAN EXAMINER) – Egyptian President Abdel-Fattah al-Sisi and his Mauritanian counterpart Mohamed Ould Ghazouani discussed on Sunday, joint cooperation in combating terrorism and the repercussions of the crisis in Libya.

Egyptian Presidential spokesman Bassam Rady disclosed this in a statement.

The discussions, according to the spokesperson, also focused on economic cooperation, trade exchange, and ways to increase mutual investment.

The two presidents also exchanged views on the Libyan crisis, the spokesman said, adding that they stressed the need to enhance coordination on the situation in Libya.

They also highlighted the direct repercussions of the ongoing Libyan crisis on the national security of the two countries, as well as regional security.