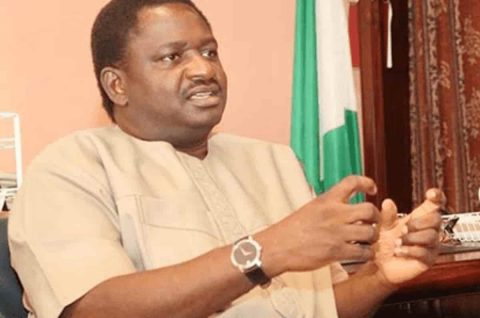 (AFRICAN EXAMINER) – Special Adviser to President Muhammadu Buhari on Media and Publicity, Femi Adesina, has disclosed how he has received curses from Nigerians by phone calls and text messages following a false publication that he was the one that advised President Buhari to ignore protesters.

Adesina disclosed this on Friday in an article he wrote titled: “An Enemy of the People”.

The presidential spokesman disclosed that he never advised President Buhari concerning EndSARS protesters but an online publication accused him falsely of telling his principal to “ignore the protests and not give in to the demands of Twitter warriors”.

Adesina stated that his telephone numbers was posted on social media which made many people to reach him raining curses on him.

He lamented that a long interview he granted with Channels Television concerning the “Revolution Now”, was edited to make it look like a new interview against End SARS protest and this made his attack more lethal.

The spokesman appreciated Channels Television for the clarification.

He said: “Those who wanted to, believe the television station. A large number chose not to, and bombarded my phone lines with curses, expletives, and messages from the pit of hell. Well, if anybody chooses to belong to that nether region, it’s a matter of choice.

“Talking about the bombardment of my phone lines, it had begun on Sunday. A hateful mind had published my two numbers on Twitter, urging people to troll me. They called till the phone batteries went dead. Mum was the word from me.”

Adesina also stated that it is the right of the protesters to protest.